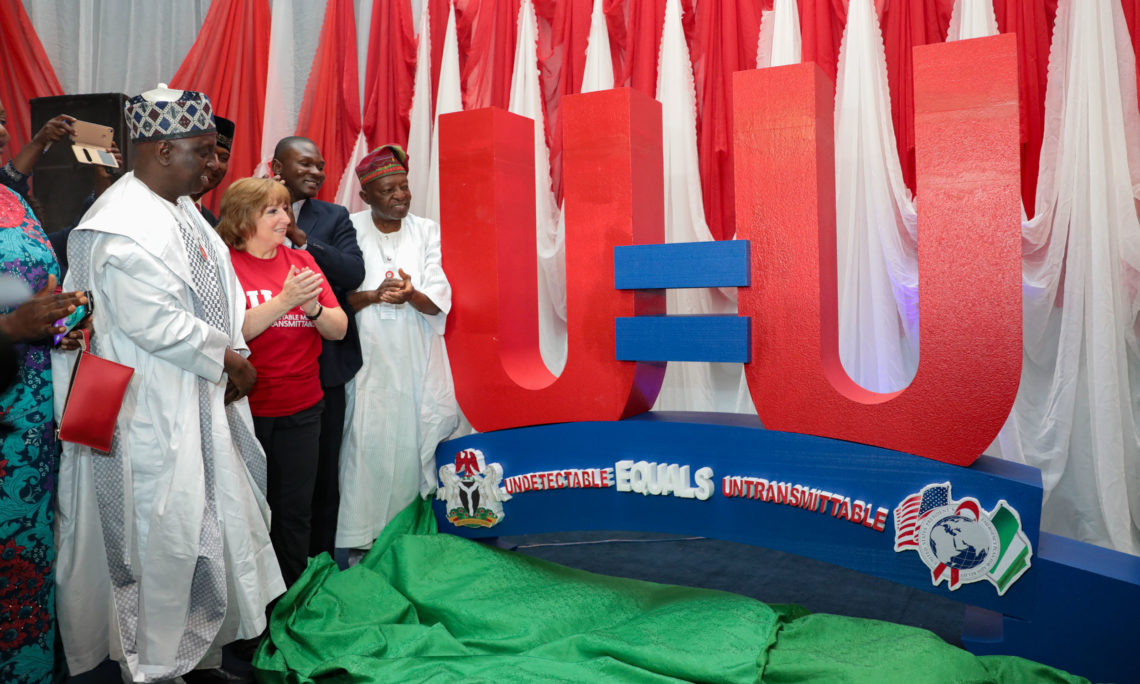 On November 25 the U.S. President’s Emergency Plan for AIDS Relief (PEPFAR), in collaboration with the National Agency for the Control of AIDS (NACA), launched the Nigeria national “Undetectable = Untransmittable” (“U=U”) campaign in commemoration of the 2019 World AIDS Day.

U=U is an informational campaign about how effective HIV medications are at preventing sexual transmission of HIV. U=U means that people living with HIV who achieve and maintain an undetectable viral load—the amount of HIV in the blood—by taking and adhering to their HIV medication as prescribed cannot sexually transmit the virus to others.

In her remarks, U.S. Embassy Deputy Chief of Mission (DCM), Ms. Kathleen FitzGibbon noted that PEPFAR works closely with the Nigerian government toward achieving HIV epidemic control while promoting the long-term sustainability of their responses to find, link, and maintain patients on life-saving HIV treatment.  She noted that PEPFAR recognizes that successful and sustainable HIV/AIDS interventions must involve, be informed by, and tailored to those served. Therefore, PEPFAR’s commitment to reaching all populations and linking them to HIV services remains strong.

According to DCM Kathleen FitzGibbon, “For the first time in modern history, we have the opportunity to control the AIDS epidemic in Nigeria.  U=U has proven to change the way we view HIV and HIV-positive individuals. It empowers patients to not only get tested but to take control of their status, with the ultimate goal of maintaining an undetectable viral load. With the great partnership we share with the government of Nigeria, I’m sure we can achieve HIV epidemic control in Nigeria”.

Currently, more than 720 organizations have joined the U=U campaign from over 90 countries. The U.S. Government’s global commitment to fighting the AIDS epidemic stands at $80 billion dollars, combatting what has been described as the worst human scourge in history. In Nigeria alone, the U.S. Government has invested more than $5 billion in the national HIV/AIDS response.