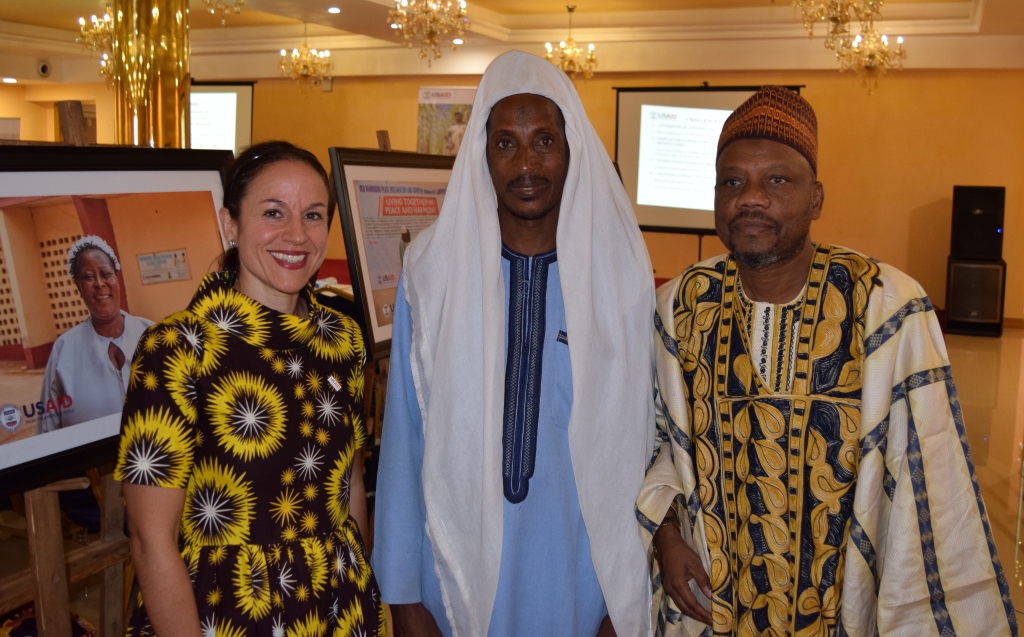 Abuja – Over the last four years, the U.S. Agency for International Development (USAID) through its Engaging Communities for Peace in Nigeria (ECPN) activity has worked to promote peaceful coexistence between farmers and herders in Nigeria’s Middle Belt states.

Implemented by Mercy Corps, ECPN has helped rural communities in Nassawara and Benue states that have recently found themselves at odds due to climate change, rising populations, and competition for dwindling resources.

Incidents that may have once seemed manageable and isolated have escalated into large-scale disputes that have resulted in burned villages, stolen cattle, destroyed farm produce, and violence against villagers.  The conflict has resulted in an estimated 7,000 deaths over the past five years and $13 billion in economic losses annually.

“Peace and reconciliation lies at the heart of USAID’s global approach to promoting stability and security in conflict-affected areas,” Dr. Beatrice Reaud, USAID’s Democracy Officer, said at the closing event. “The United States and Nigeria share the objective of reducing violence in the Middle Belt states by peacefully preventing and resolving farmer-pastoralist conflicts.”

Since 2015, ECPN has worked to provide farmers and pastoralists the tools to peacefully manage disputes – by building community trust, economic interdependence and conflict monitoring through trainings on conflict management and interest-based negotiation, conflict prevention forums, and creation of community-led peace committees.

Overall, more than 600 disputes – over grazing routes, seasonal access to water points, crop damage, cutting down of economic trees, water pollution by animals, and commerce – have been addressed peacefully in the communities where ECPN worked.

Communities brought together under ECPN with the support of the state governments have developed quick impact projects to boost economic activity and a joint resource initiatives to promote sharing and mutual guardianship of diminishing natural resources, such as digging new water points, constructing market stalls and schools, rehabilitating health centers or building fences along grazing routes to farmlands, all of which brought communities together.

Traditional leader His Royal Majesty Prof. James Ayatse, Tor Tiv V, and Chairman of the Benue State Council of Chiefs, told the gathering that times have changed since he grew up in a farming community, where herders and farmers were known to one another and never experienced crises between the communities.

“We must look beyond the help that Mercy Corps through USAID has given us,” he said.  “We are grateful for the assistance, but [its ideas] must be repackaged an implemented under another name.”

“If we don’t change our ways, these problems will continue to hurt us, and it is the poor and downtrodden who suffer most.  . . .  If you engage in fighting, even if you win, you lose something.”