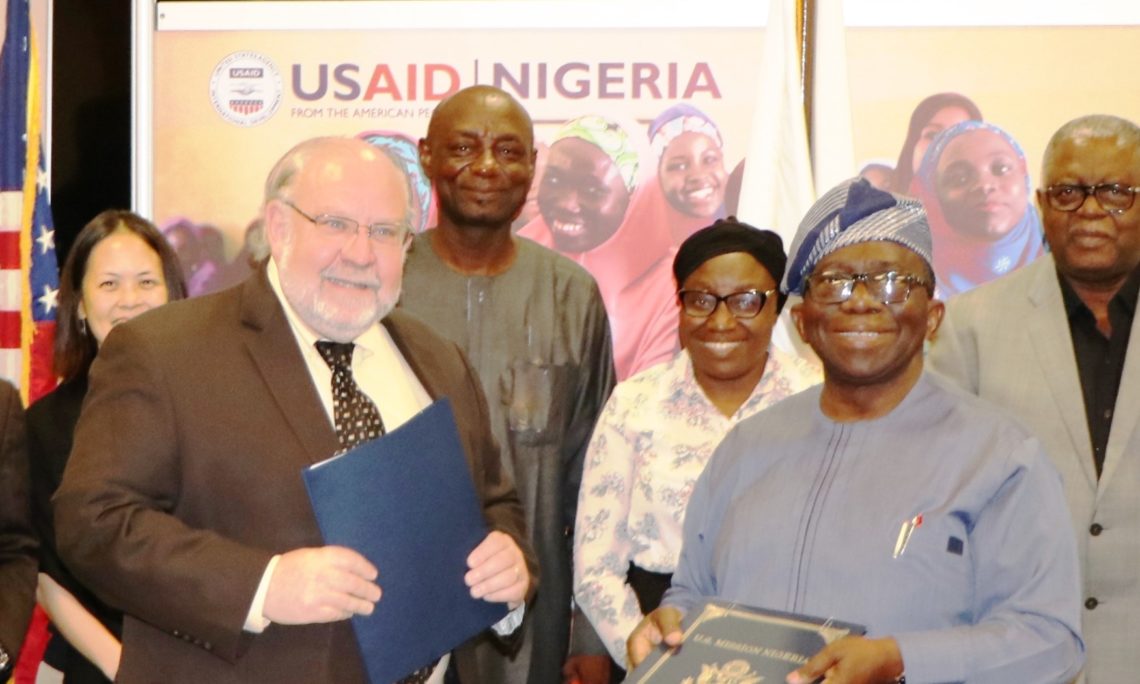 Abuja – The U.S. Agency for International Development (USAID) has signed a partnership with Nigeria’s Federal Ministry of Health to embrace a new business model to fight tuberculosis (TB). Nigeria’s political commitment to the “Global Accelerator to End Tuberculosis” will update the two countries’ partnership to meet the United Nations’ new TB targets as agreed by heads of state, including President Muhammadu Buhari, at the September 2018 General Assembly High-Level Meeting.

At a signing ceremony at the U.S. Embassy, Nigeria’s Minister of Health Prof. Isaac Adewole said he welcomes the initiative as a new means of working toward the goal of “taking Nigeria out of the league of countries with high numbers” of untreated TB cases.

“The Accelerator initiative is of tremendous importance to us,” Prof. Adewole said. “With this new partnership, we will re-intensify the battle against tuberculosis. If we want to improve our life expectancy and help things take a turn for the better in Nigeria, we must address TB.”

Nigeria is number one in Africa and sixth in the world among countries with high TB burdens, with more than 400,000 new cases a year, but only about a quarter of those cases are actually diagnosed and treated. In 2017, about 115,000 people died from the disease. Another 63,000 HIV-positive people also get TB each year, with 39,000 deaths recorded in 2017.

At the ceremony, Prof. Adewole noted that the public’s awareness about TB is still very low: fewer than 30 percent of Nigerians are aware of the signs and symptoms of the disease. He said stigma remains a major barrier and contributes to the poor health seeking behavior of TB patients, causing sick people to seek treatment under false names, in the informal health sector or not at all.

In September 2018 after the United Nations General Assembly, USAID Administrator Mark Green announced the new ‘Accelerator’ business model along with $30 million in funding to catalyze existing investments toward the goal meet the UN targets set at the September meeting of treating 40 million people with TB by 2022.