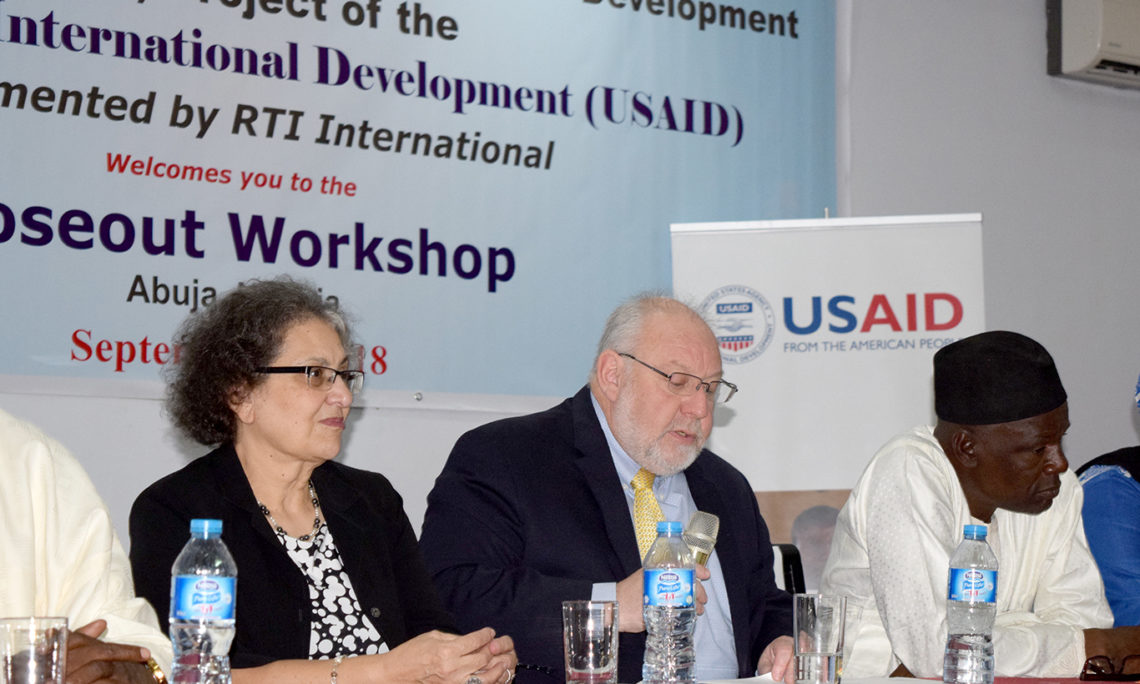 Abuja – The U.S. Agency for International Development (USAID) today concluded a nine-year activity to improve the performance of state and local governments in Nigeria and increase involvement of civil society in the democratic process for the good of their communities.

Since 2009, the Leadership, Empowerment, Advocacy and Development (LEAD) activity, in partnership with government ministers, departments and agencies, state legislatures, and civil society organizations (CSOs), has built the capacity of state and local government institutions to assume greater responsibilities in delivering the basic services demanded by their constituents through training on leadership skills, and enhancing transparency and public accountability.

“LEAD has demonstrated that if engaged, ministries, departments and agencies of government charged with service delivery can work together with their civil society constituents for the good of their communities and their states,” USAID Mission Director Stephen M. Haykin said at the ceremony.  “[It] has made a significant contribution toward the U.S. and Nigerian governments’ shared objective of improving sub-national governance.”

In Sokoto and Bauchi states, later expanding to Kano and Rivers, LEAD has helped local governments decentralize decision-making processes and promote citizen participation in government decision-making in order to ensure improved service delivery in critical social sectors such as health, education, and water and sanitation.

In Sokoto, community involvement in State level budget planning led to an increase in the education allocations from 17 percent of the State’s budget in 2015 to 27 percent in 2016, and it remains at that level.  These increased budget allocations led to the employment of 2,000 teachers and the construction of and rehabilitation of classrooms.  Other efforts resulted in strengthening primary health care centers and improved access to potable drinking water for over 600,000 people in LEAD supported states.