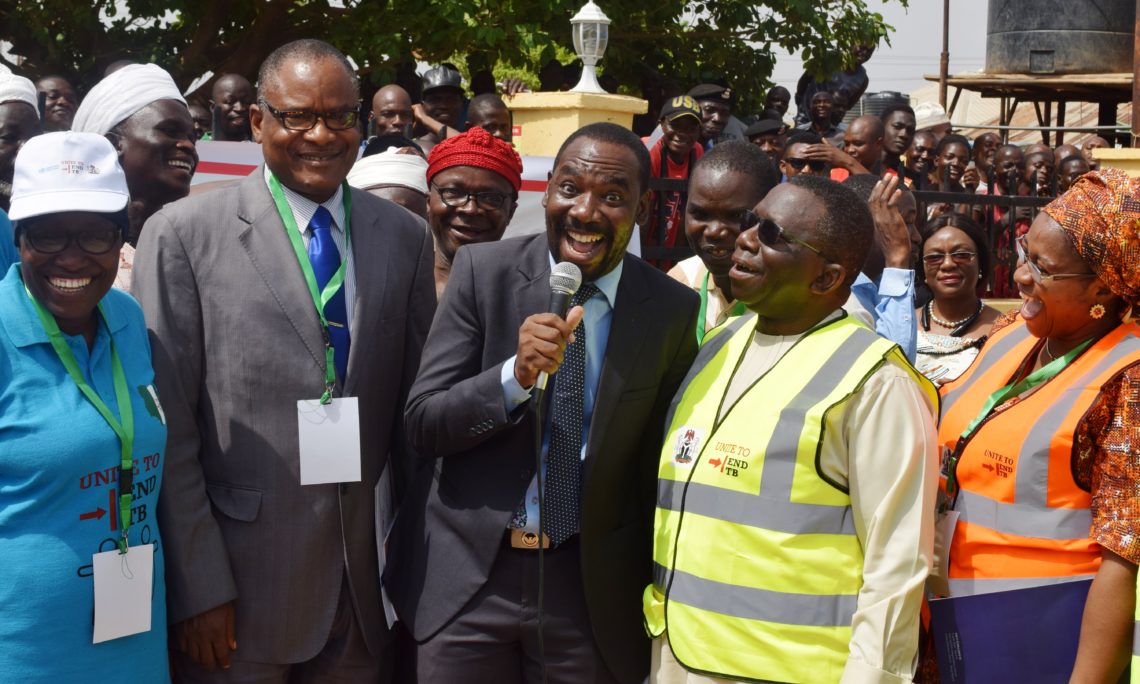 Tuberculosis (TB) is fundamentally a global health challenge in Nigeria, but also a threat to the

Speaking at the World TB Day event organized by the Government of Nigeria, USAID Director of HIV and TB Han Kang said the United States government is a partner that supports the country’s efforts to end the epidemic by 2030 in bringing together patients, providers, and the private and public sectors.

“We make sure patients know the symptoms and where to seek care, and that providers are properly trained,” he said.

Since 1982, March 24 has been observed internationally as World TB Day.  The Government of Nigeria, along with USAID, U.S. Centers for Disease Control and Prevention, and U.S. Department of Defense, take advantage of the day to raise awareness about the disease.

Since Nigeria’s Minister of Health, the Honorable Professor Issac Adewole named 2017 the “Year of Accelerated TB Case Finding,” this year’s TB commemoration took place at the Primary Health Care Center in the Kuchin-Goro neighborhood in Abuja and included free screening and treatment services at the site.  USAID and the Global Fund to Fight AIDS, TB, and Malaria support the delivery of these services in other facilities across Nigeria.

“What we have done is to demystify TB,” Minister Adewole said.  “We are showing the world that the diagnosis and treatment can be brought to the community level.”

The Honorable Minister said the disease afflicts hundreds of thousands of Nigerians every year, representing the highest burden of TB in Africa and fourth in the world, but “There is no pride in that,” he said.  “We want to be a country where there is no TB.  That would be our pride.”

In partnership with USAID and the Global Fund, Nigeria is improving its capacity to diagnose TB with the introduction of innovative machines that cut diagnosis time down from   48 hours to just two hours.  Since 2011, Nigeria has installed more than 300 of the machines in local health clinics and improved access to clinical services.  Nigeria now also has nine laboratories that help health providers diagnose multidrug-resistant TB, which while still curable, is a greater challenge to treat.

Since 2003, USAID has prioritized Nigeria for global TB control and contributed over $140 million towards the country’s TB control efforts.

VIDEO - You Can Do Something About TB