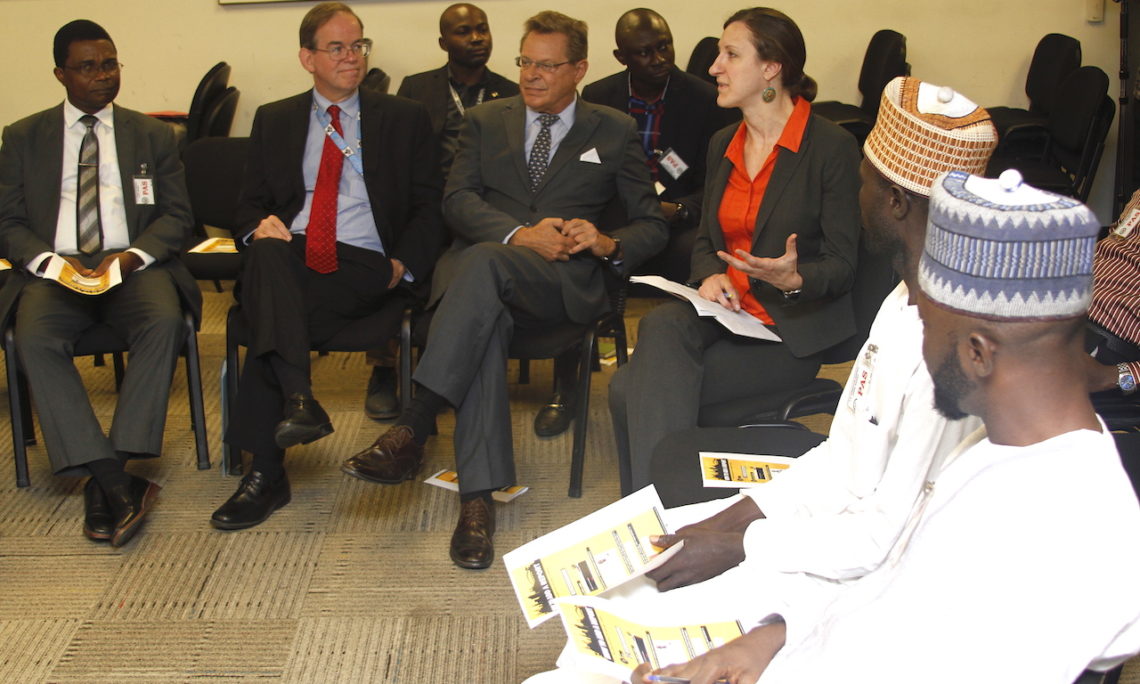 The Religious Leaders Anti-Corruption (RLAC) working group was formed in 2016 by Muslim and Christian religious leaders with the primary goal of addressing how faith communities could take a leading role in anti-corruption advocacy in Nigeria. The group has since developed partnerships with leading anti-corruption voices in civil society in order to fight corruption at all levels in Nigeria.

During the meeting, Special Representative Lillis pledged the U.S. government’s continued support to the religious leaders as they work to find lasting solutions to stamp out the scourge of corruption.

“The moral standing of religious leaders, and the capacity of religious institutions to reach a broad cross-section of Nigerian society, make RLAC’s work essential to the future of anti-corruption advocacy,” Special Representative Lillis said.  “It is my pleasure to be here to support this next stage of the Religious Leader Anti-Corruption working group. Religious leaders are an essential component of the multi-faceted fight against corruption in this country.”

She explained that working against corruption is essential to many of the priorities of both the U.S. government and the religious leaders, including constructing peaceful, secure societies, and promoting prosperity. At the event, the religious leaders discussed additional innovative options for bringing the principles of anti-corruption to the grassroots. They resolved to disseminate anticorruption messaging through media outlets, sermons, and train-the-trainer workshops.

The Department of State’s Office of Religion and Global Affairs was established in 2013 to strengthen the U.S. government’s efforts to assess religious dynamics and engage religious actors across a wide range of foreign policy priorities.