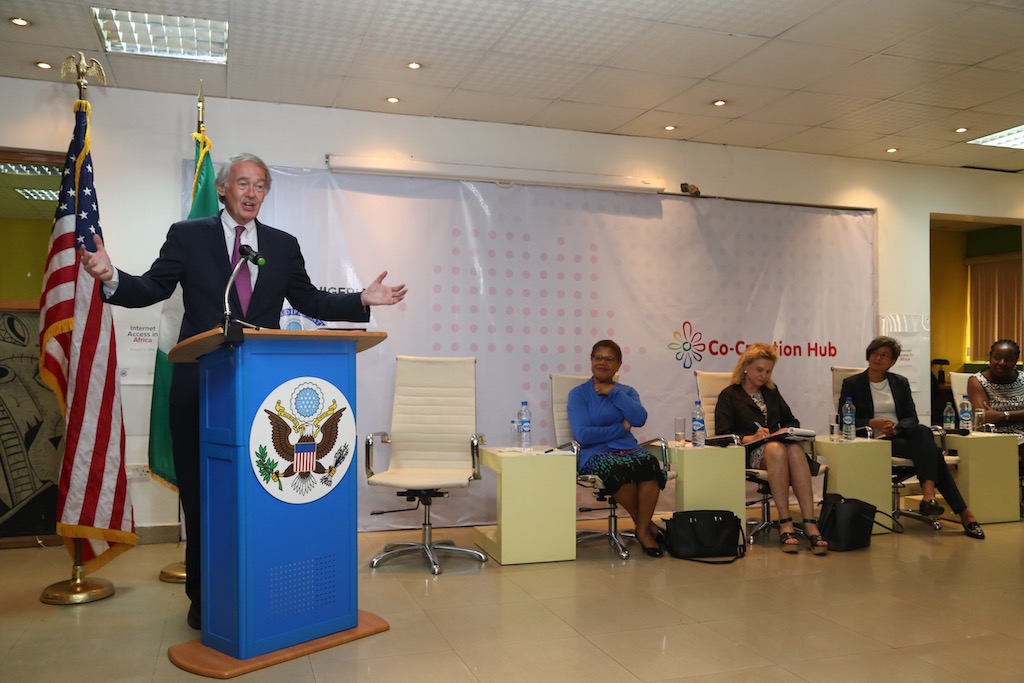 Lagos –– United States Senator Edward J. Markey (D-Mass.), the ranking Democratic Party member on the Africa and Global Health Policy Subcommittee of the Senate Foreign Relations Committee, is leading a congressional delegation to Lagos from August 12 to 14. He heard from Nigerian technology leaders and young entrepreneurs on August 13 regarding their successes and challenges, and offered remarks on his efforts to expand internet access and digital literacy to enhance economic development, education, and good governance in developing countries.

In his August 13 remarks to an audience of prominent technology leaders in business, civil society, government, and especially young entrepreneurs, Senator Markey emphasized that internet connectivity and successful economic development are inextricably linked in the 21st century’s global economy.

“It will be the entrepreneurial and creative attitude of the people in Nigeria and across the African continent that will be the key to overcoming challenges to connectivity,” Senator Markey said. “You all embody the vibrant spirit that is the heart of the internet. You will be digital ambassadors in bringing more connectivity to this great country and the region.”