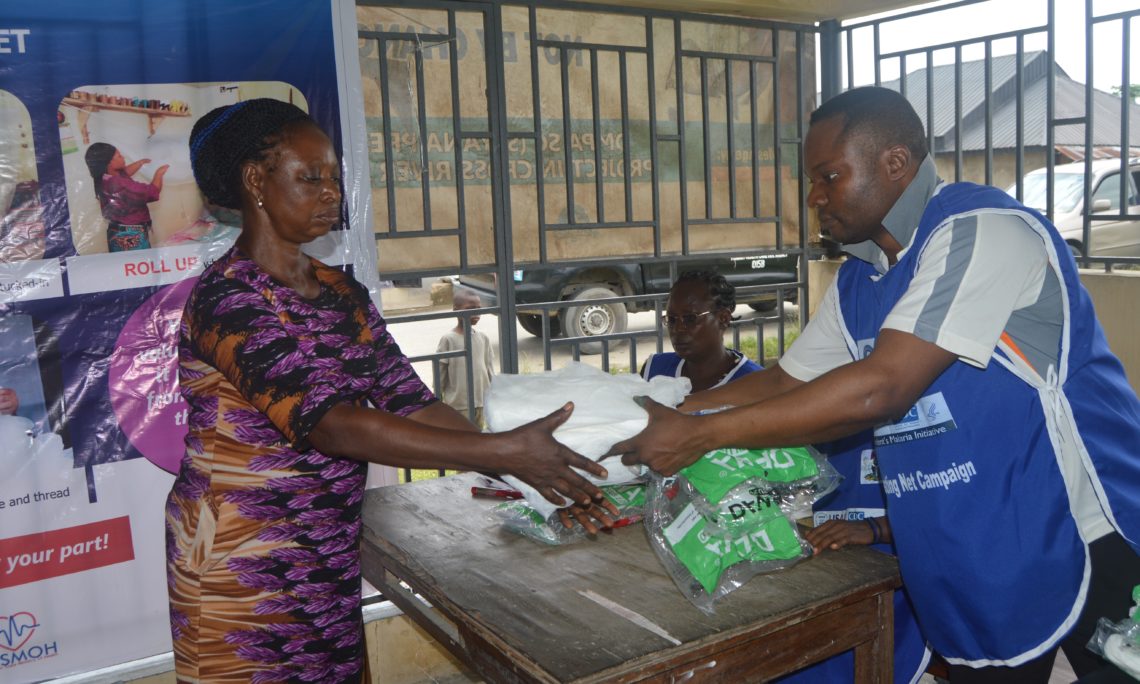 Calabar, Nigeria – The United States reached more than 4.2 million people in over 4,000 communities in Cross River state with 2.3 million long lasting insecticidal nets (LLIN) over the last two months as part of its comprehensive effort to control malaria across Nigeria.  The Cross River state government acknowledged this milestone at a dissemination ceremony in Calabar on June 27 to mark the conclusion of the U. S. Government supported LLIN campaign.

Donation of the treated bed nets was done through the U.S. President’s Malaria Initiative (PMI) and jointly implemented by the U.S. Agency for International Development (USAID) and the Centers for Disease Control and Prevention (CDC).  The bed nets, valued at $5.7 million, were distributed in all local government areas (LGAs) in the state.

To complement the bed net donation, PMI provided an additional $1.2 million for logistics, including transportation of the nets, community mobilization, and training of workers charged with their distribution.

The closing ceremony was attended by Dr. Joe Bassey, Permanent Secretary of the State Ministry of Health and other health officials.

“In our partnership to fight malaria, we encourage all Nigerians, and especially parents and guardians, to acquire bed nets and use them regularly,” USAID/Nigeria Mission Director Stephen M. Haykin said of the donation.  “Bed net use benefits individuals, families and communities,” he stated.

Sleeping under an insecticide-treated bed net every night is proven to be the best way to prevent malaria. The nets put a vital barrier between people and the mosquitoes that carry malaria, particularly from dusk to dawn.  Malaria is one of the leading killers of children in Nigeria, particularly during the rainy season when the mosquito population increases.

Since 2011, the U.S. government has invested more than $450 million to control malaria in Nigeria including distribution of nearly 34 million mosquito nets.  This has resulted in a 36 percent reduction in malaria incidence among children under age five, according to the Malaria Indicator Survey.