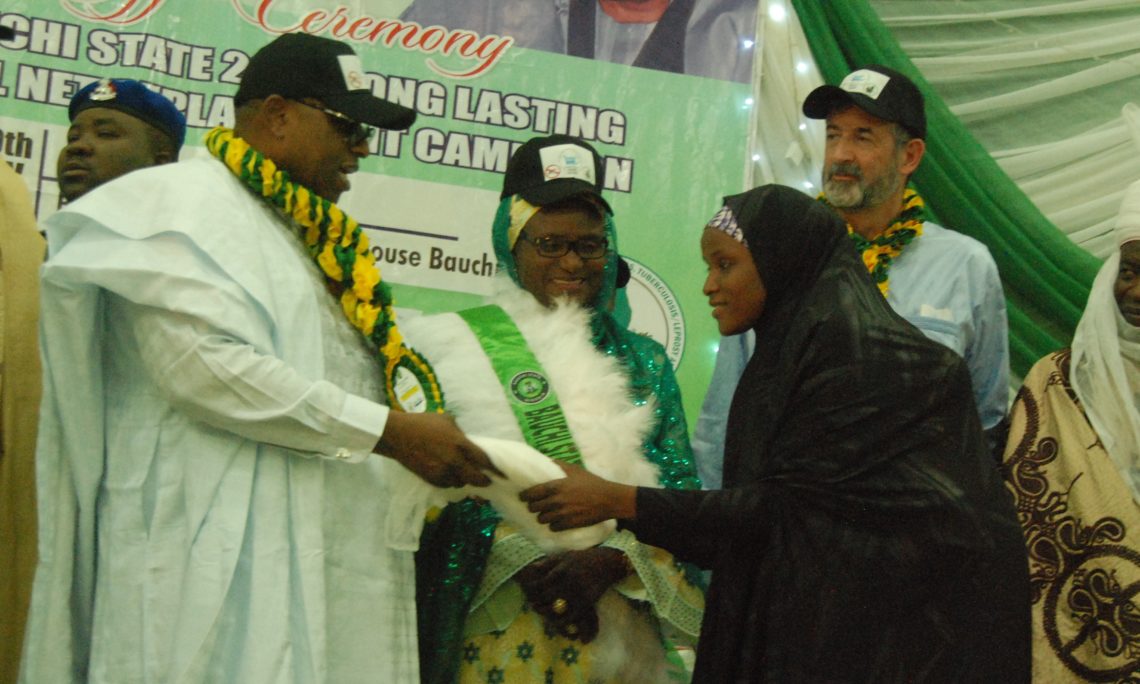 The donation was made possible through the U.S. President’s Malaria Initiative (PMI) and jointly implemented by the U.S. Agency for International Development (USAID) and the Centers for Disease Control and Prevention.

The handover ceremony marked the start of a five-day distribution of bed nets valued at $7.7 million across all local government areas in the state. The U.S. government also provided an additional $2 million for logistics, transportation and community mobilization –a total contribution of $9.7 million. The Bauchi government provided the storage facility and led the planning, coordination, and distribution effort.

“In our partnership to fight malaria, I would like to appeal to and encourage the good people of Bauchi to sleep under a treated bed net every night and roll it up during the day to protect the net from damage,” said Dr. Mark Maire, PMI Resident Malaria Advisor in Nigeria.  “With proper care, these bed nets can last for three years or more.”

Sleeping under an insecticide-treated bed net every night is proven to be the best way to prevent malaria.  The nets put a vital barrier between people and the mosquitoes that carry malaria, particularly from dusk to dawn.  Malaria is one of the leading killers of children in Nigeria, particularly during the rainy season when the mosquito population increases.

“Considering the immense support from partners and the state government’s commitment to malaria elimination, I am optimistic that in the nearest future, malaria will no longer be a major public health concern in Bauchi State,” Executive Governor Barrister Mohammed Abubakar said after receiving the donation.

Since 2011, the U.S. government has spent more than $490 million to control malaria in Nigeria, including distribution of nearly 40 million mosquito nets.  This has resulted in a 36 percent reduction in malaria incidence among children under age five, according to the most recent Malaria Indicator Survey conducted in 2015.