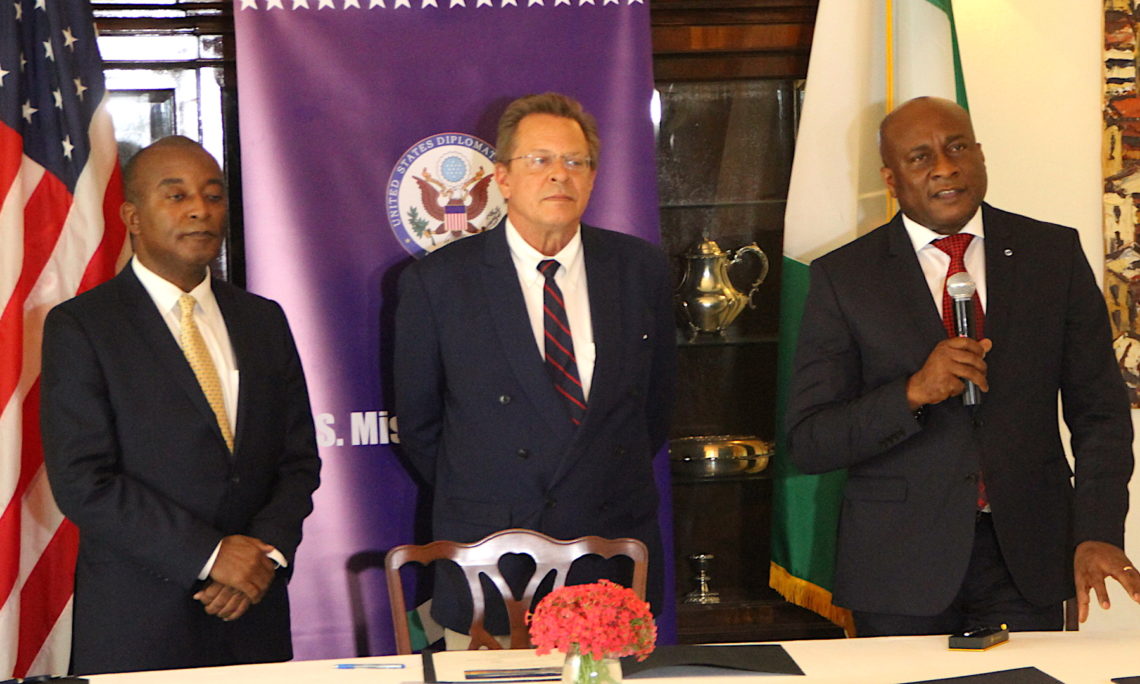 Lagos ––The   United States Consul General F. John Bray on Thursday hosted the signing ceremony for the sale of 10 new Boeing 737 Max aircraft to one of Nigeria’s leading airlines, AirPeace.

In his welcoming remarks, the Consul General described the sale of the Boeing commercial airplanes to AirPeace as mutually beneficial to the United States and Nigeria.

“The U.S. government is committed to expanding economic engagement, trade and investment ties with Nigeria. This signing ceremony highlights another deal which will strengthen the bond between the United States and Nigeria,” Consul General Bray said.

“The purchase of the 10 new Boeing aircraft is a great investment in the future of the airline and the aviation industry. An increase in the AirPeace fleet will help create more jobs for pilots, aircraft engineers, technicians and stewards,” he added.

According to Boeing Sales Director Tolliver, the 737 MAX is the fastest-selling airplane in Boeing’s history, accumulating more than 4,700 orders from 102 customers worldwide.

He listed fuel efficiency and superior operating economics as some of the factors creating a strong demand for the 737 Max aircraft.

“We are excited to add the 737 MAX to our fleet as we expand our network to offer more destinations and serve more passengers,”  Allen Onyema, Chairman and CEO of Air Peace said at the signing ceremony.

As America’s biggest manufacturer of commercial jetliners, Boeing supports airlines in more than 150 countries across the world.