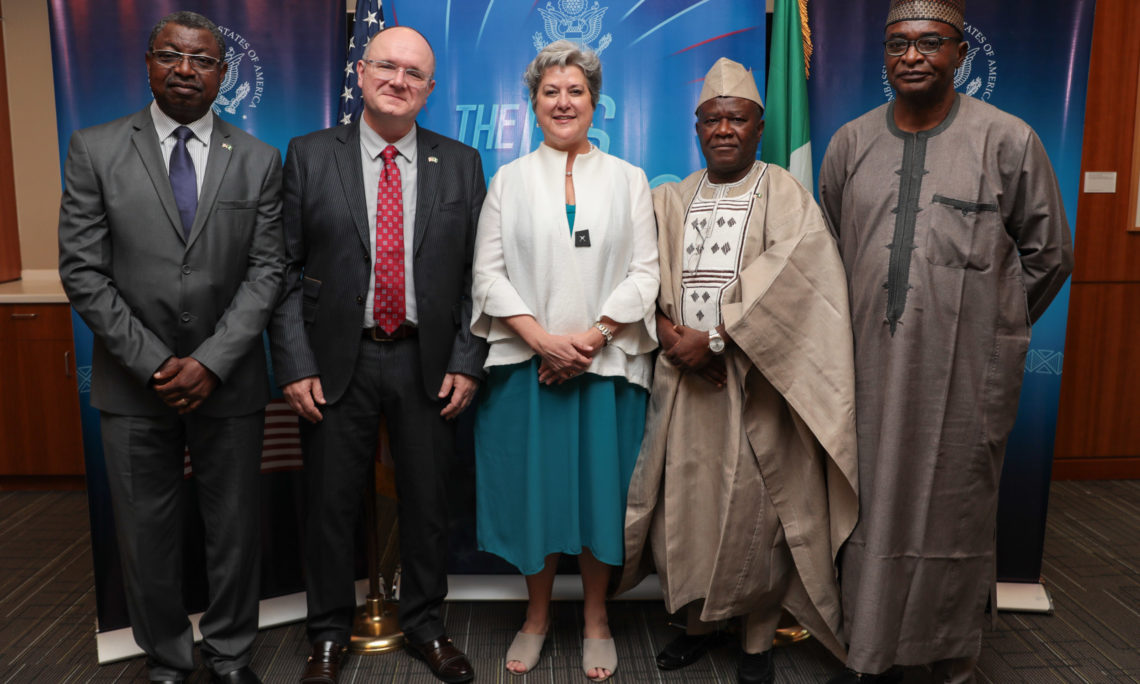 The U.S. Mission in Nigeria has awarded a grant of $400,000 for the conservation of the late 14th century Sungbo Eredo Earthworks of the Yoruba Ijebu Kingdom in Nigeria.  This is the largest Ambassador’s Fund for Cultural Preservation (AFCP) grant in Nigeria and the second-largest in sub-Saharan Africa.

The College of William and Mary – collaborating with the National Commission for Museum and Monuments, Augustine University (Ilara), and the Natural History Museum at Obafemi Awolowo University – will help to preserve and build awareness of this monumental public work that is currently under increasing pressure from urbanization, industrialization, and erosion.

U.S. Ambassador Mary Beth Leonard said the U.S. is a strong supporter of efforts to preserve Nigerian culture through the AFCP.  In the last three years, projects worth over $370,000 have included the Trust for African Rock Art for rock art preservation in Cross River and Jigawa States, and the documentation of traditional knowledge of the Ifa cultural system in Oyo state.  The AFCP also helped restore the Gobarau minaret in Katsina, and the Kofar Kanakali gate in Kano.

Ambassador Leonard stated, “the U.S support for this project, using state-of-the-art remote-sensing technology for mapping, conservation, and preservation, shows our commitment to Nigeria’s rich heritage.”  She added that the U.S Mission will continue to explore opportunities to support the preservation of Nigeria’s rich heritage using the Ambassador’s Fund and other partnership mechanisms.

Director of the Medieval and Renaissance program at the College of William & Mary, Dr. Gerard Chouin on behalf of the other partners, thanked the U.S Mission for its support for the project.  He said it will communicate to future generations of Nigerians the importance of the monument, which is the largest ever built on earth.

The Ambassador’s Fund for Cultural Preservation Large Grants Program supports the preservation of major ancient archaeological sites, historic buildings and monuments, and major museum collections that are accessible to the public and protected by law in the host country.