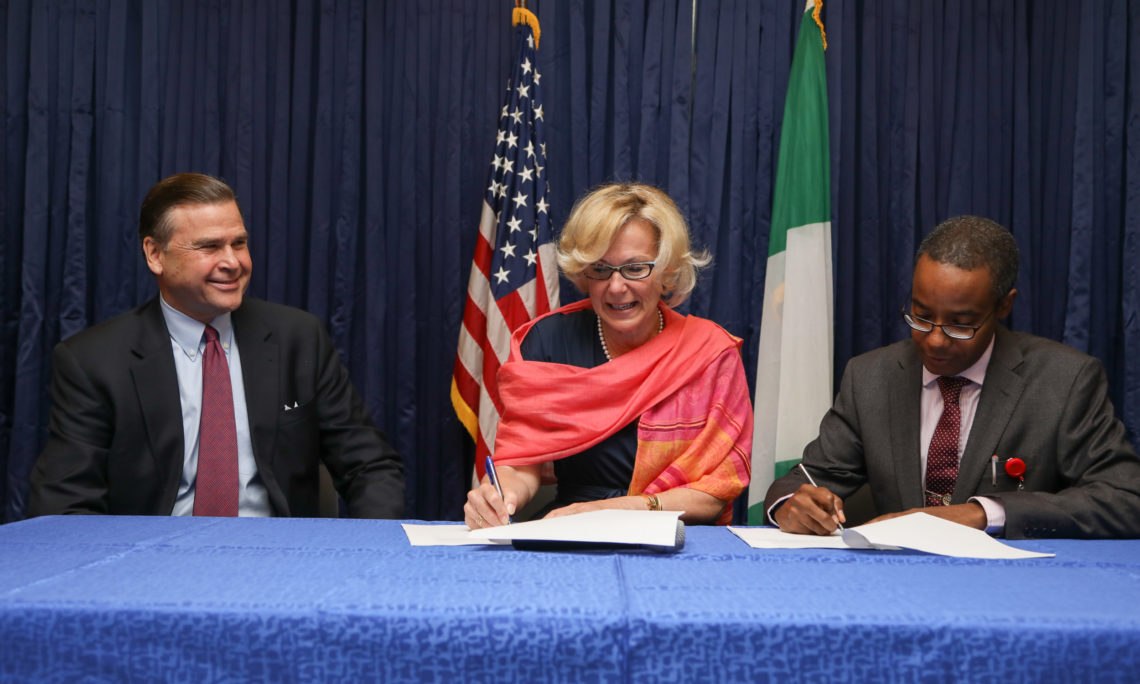 U.S. Ambassador W. Stuart Symington and the Director General of Nigeria’s National Agency for Control of AIDS (NACA) co-signed the document, describing it as a historic occasion, representing the first time such an agreement was signed in the focus country.

“Right here, right now, in this effort, Nigerians working with the United States can change the course of Nigeria’s history for ever when it comes to health,” Ambassador Symington said.

Ambassador Birx underlined the historic nature of the signing because “this was the first time that we have ever signed a U.S. government commitment on HIV/AIDS to a country, in that country”, she emphasized.

She further said, “I think Nigeria can go from some of the lowest numbers in all of west and central Africa to the leadership position that it should be in and really shining the light on how to control this pandemic and ensure all Nigerians can thrive.”

Since its inception in Nigeria in 2004, PEPFAR has disbursed more than $4.3 billion in support of the Nigeria HIV/AIDS response.