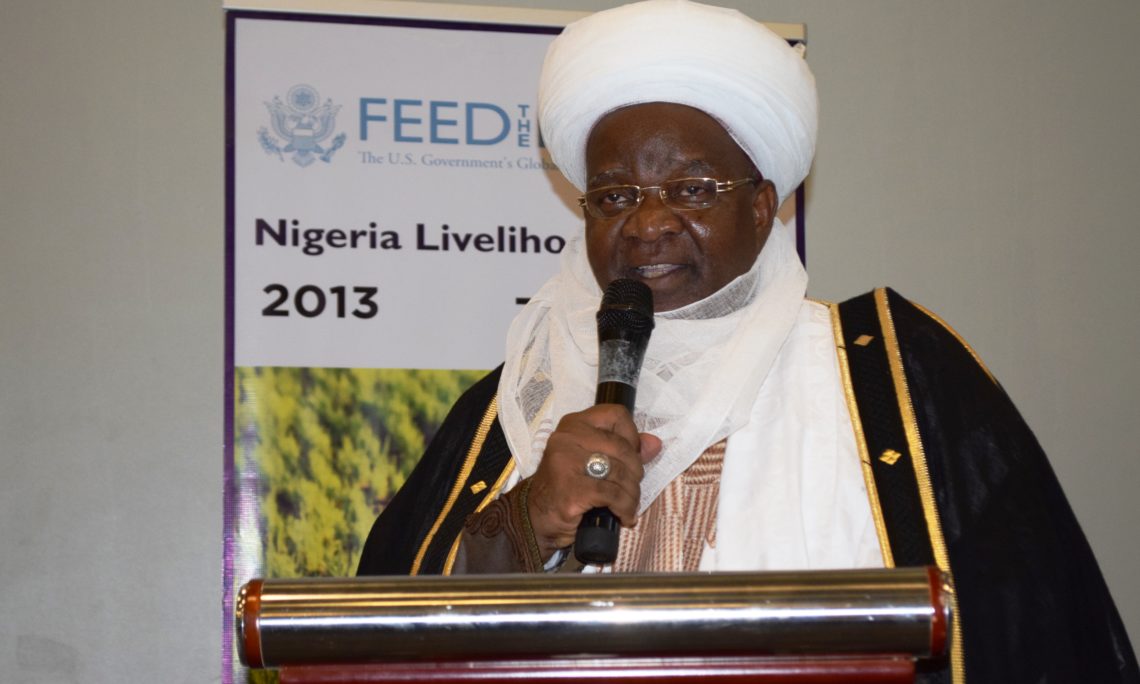 Abuja – Over the past five years, the Feed the Future Nigeria Livelihoods project helped pull some of the most vulnerable families in Nigeria out of poverty by taking an integrated approach to improving agricultural production, income generation, nutrition, and sanitation, officials affirmed at a June 20 closing ceremony for the activity.

“This project took a holistic approach to agriculture, to livelihoods, and to social development,” USAID Mission Director, Stephen M. Haykin said at the closing.  “It addressed the needs of the extreme poor by improving incomes and reducing vulnerabilities, and in this way, serves as a model for efforts to build resilience in rural Nigeria.”

After the introduction of new technology to improve agricultural production and access to input markets such as quality seeds for smallholder farmers, crop yields doubled for more than 33,000 farmers.  Further gains were realized through reduction of post-harvest losses.

Additionally, more than 2,000 community workers were trained to deliver over 1.5 million counseling and group sessions on nutrition that led to a 22 percent drop in stunting, 10 percent drop in wasting, and 53 percent increase in exclusive breastfeeding rates in targeted locations.   A cash transfer component alone helped lift 2,740 households out of poverty.

“Almost all of the programs implemented under this intervention aligned with our policies and programs toward improving the lives of the vulnerable groups in Sokoto State,” Executive Governor Aminu Waziri Tambuwal said.  “An extension of some models of approaches of the project, which we found adaptable, our ministries, departments, and agencies have collaborated with the project to replicate them.”