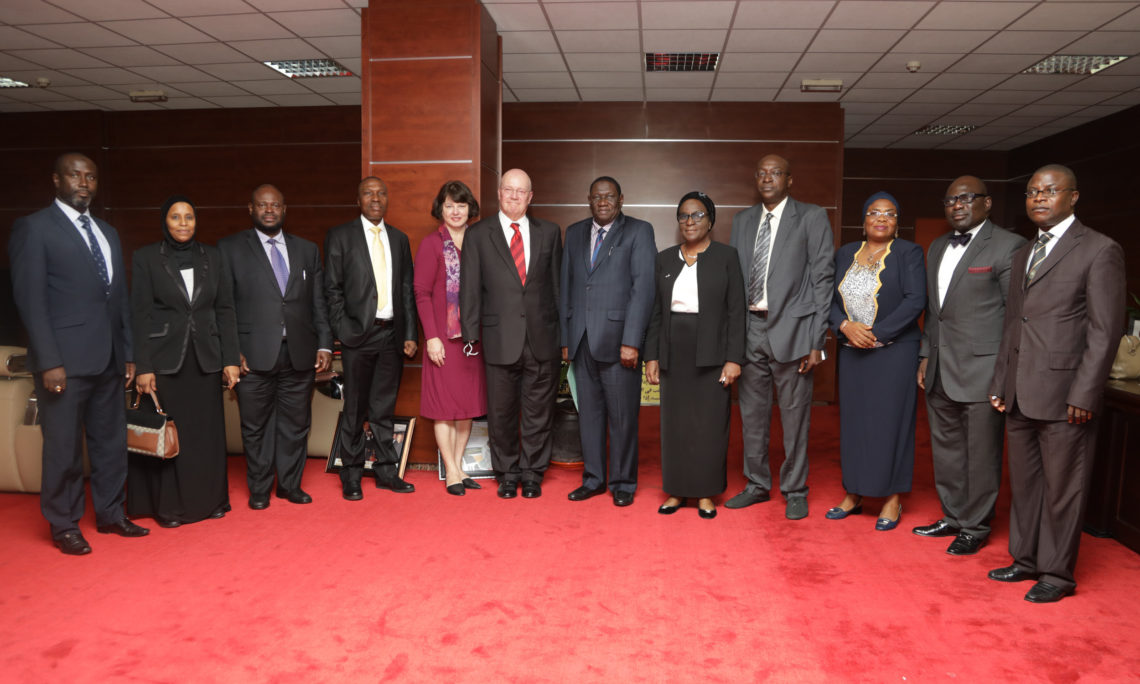 Abuja – On October 20, the U.S. Embassy’s Resident Legal Advisor and the Federal Capital Territory High Court, led by Chief Judge I.U. Bello, marked the conclusion of a nine month effort to draft a best practices handbook to guide the handling of complex financial crimes in a ceremony held at the headquarters of the High Court.

The handbook is titled the FCT High Court Judicial Benchbook of Best Practices for Processing and Trial of Complex Economic and Financial Crimes. The U.S. Embassy’s Office of International Narcotics and Law Enforcement (INL) and the Resident Legal Advisor (RLA) have arranged to print 250 copies which will be delivered to every FCT High Court Justice and Magistrate. As conceived by Chief Judge Bello and the Embassy’s RLA, the Best Practices Benchbook will be a living document that will be regularly updated, revised, and expanded to meet the evolving needs of the Court.

When Chief Judge Bello and the RLA, Scott Thorley, met nine months ago, they conceived a project to capture the wisdom and experience of the Justices and Magistrates of the High Court relating to the handling of the complex financial crimes which lie at the heart of corruption. The goal was to establish a group of Nigerian

judicial experts who would draft an easy-access guide for their judicial colleagues which would provide readily available answers to a variety of the issues that arise in complex financial cases. Chief Judge Bello appointed a panel of ten of the FCT High Court’s most experienced Justices and Magistrates to collaborate on the project and over the ensuing months, Justice Salisu Garba led the panel through a series of drafting and research conferences to identify and document the best judicial practices being employed by Nigerian judges.

The focus of the Buhari Administration has been to fight corruption, and U.S. assistance has sought to aid the courts and the legal officials that deal with these crimes.

According to RLA Thorley, the FCT High Court “has become known for innovation and forward thinking on issues of court administration and the processing of complex matters.”

In his remarks at the ceremony, Acting INL Director, Michael Bonner, said “This Benchbook is representative of the ongoing partnership between the United States, the U.S. Embassy, and Nigeria. Nigeria is very important to us.”