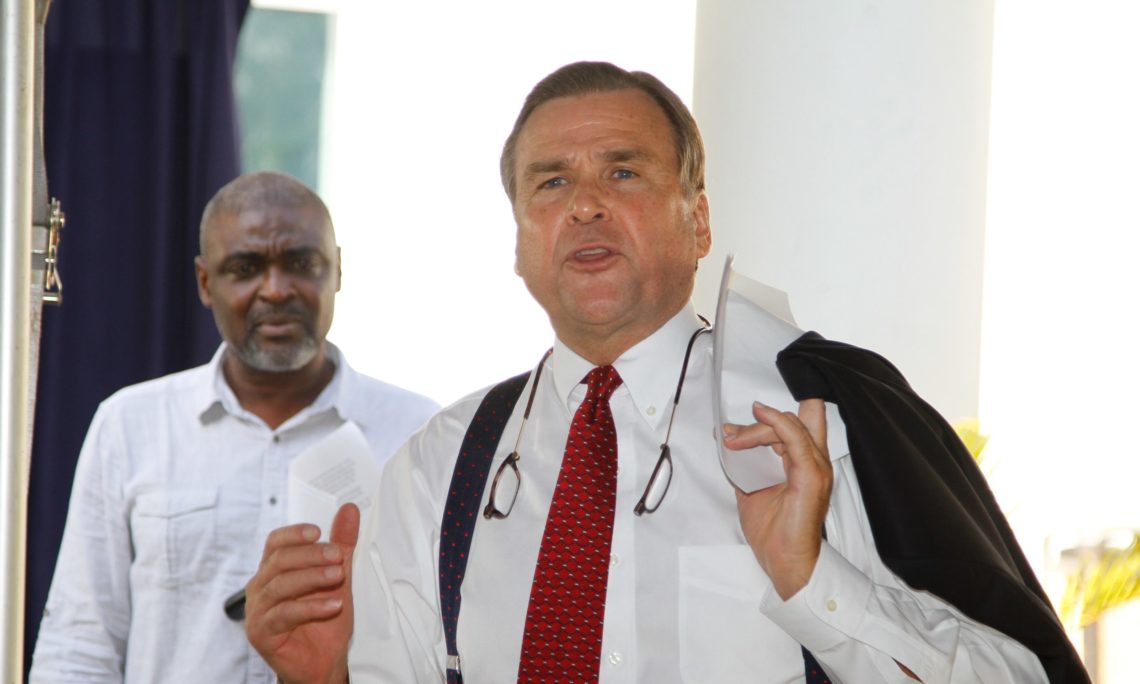 The U.S. Embassy in Abuja observed World AIDS Day on December 1 by providing HIV testing and awareness information to the U.S. Mission community.

The Embassy also hosted a blood drive that morning. The drive was a continuation of a periodic exercise encouraged by the U.S. Mission since 2002 to support the efforts of Nigeria’s National Blood Transfusion Service.

The afternoon was devoted to an awareness forum, attended by 100 people, focused on the prevention of HIV transmission from mother-to-child, and the need to exercise leadership at the individual level in the fight against AIDS.

PEPFAR Coordinator in Nigeria, Shirley Dady, said more Nigerians should get tested, and know their status.  These, she said, are important steps in stopping the spread of HIV and AIDS as well as helping infected individuals get the care they need.

Approximately 3.5 million people in Nigeria are living with the virus and 260,000 are children from 0-14 years of age. Interesting, more women than men are living with HIV. The U.S. has contributed $3.4 billion to PEPFAR since its inception in Nigeria.  Dady said the Fiscal Year 2016 PEPFAR budget for Nigeria is about $400 Million, yet she believes it is important to try to do more.  “We are looking at ways that we can be more efficient with the resources so that we can increase the number of people we place on treatment every year” … “We are hoping that the government of Nigeria can also contribute and increase funding in a meaningful way to conquer the epidemic,’’ she said.

. Stuart Symington attended the afternoon session and remarked on the steps required to stamp out AIDS. The Ambassador emphasized the need for sustaine
d commitment by every individual and every country to the fight against HIV and AIDS.  “We can spend billions of dollars literally, tens of billions of dollars around the world and billions of dollars in Nigeria, but if you don’t strengthen your own health system at home and in the office and around the country, if you don’t invest your lives and your love, who else will do it for you? No one can do it for you,” he said.

The United States has invested $70 billion to support the HIV/AIDS response globally.  Under the national PEPFAR program, the United States Government has provided testing and counseling to over 12 million Nigerians over the last 12 months; 700,262 people, including 34,695 children, are receiving treatment for HIV; while a total of 1,367,000 adults and children are able to live better lives due to PEPFAR interventions.