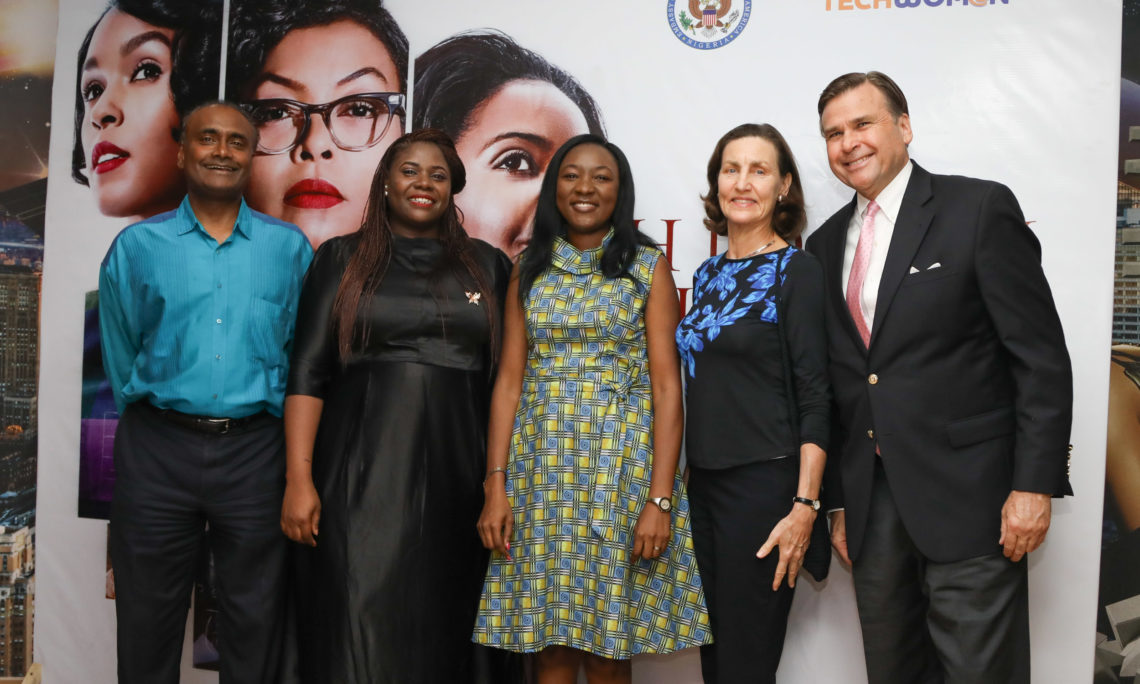 “Nigerian women are highly talented like the American women in the movie Hidden Figures,” Ambassador W. Stuart Symington said, prior to screening of the movie at Genesis Cinemas, in Abuja on Tuesday, in honor of Nigerian TechWomen.  Hidden Figures details the story of three female African-American mathematicians employed by NASA in the 1960s.  Working as human computers but denied recognition or promotion, they would go on to play crucial roles in the American space program.

“It is an amazing story of women who found something that they love, and before there were computers and the Internet, these women made it possible to put the human race in outer space.  You too, can reach for the skies,” the U.S. Ambassador said, introducing Carolyn Seaman and Damilola Anwo-Ade, two of five Nigerian women selected to participate in the 2017 TechWomen exchange program.  Carolyn Seaman is using technology to empower girls through her Girls Voices Initiative, while Damilola Anwo-Ade is mentoring the next generation of coders, including young women, through her initiative CodeIT.  Olamide Ayeni-Babjide, Ijeoma Vincent-Akpu, and Petra Nnamani, though not present at the event, will also participate in the program.

“We are committed to building the capacity of women to innovate and make positive contributions to their communities through science, technology, and mathematics,” Ambassador Symington remarked.

TechWomen is a U.S. initiative empowering and connecting the next generation of women leaders in science, technology, engineering, and mathematics (STEM) from Africa, Asia, and the Middle East.  The program will bring together 100 women leaders in technology fields for a five-week professional mentorship and exchange program at leading technology companies in California’s Silicon Valley and the San Francisco Bay Area.

In March this year, the U.S. Embassy screened the movie CodeGirl, an American documentary film that featured the story of five Nigerian girls who won the Technovation Challenge in 2015.