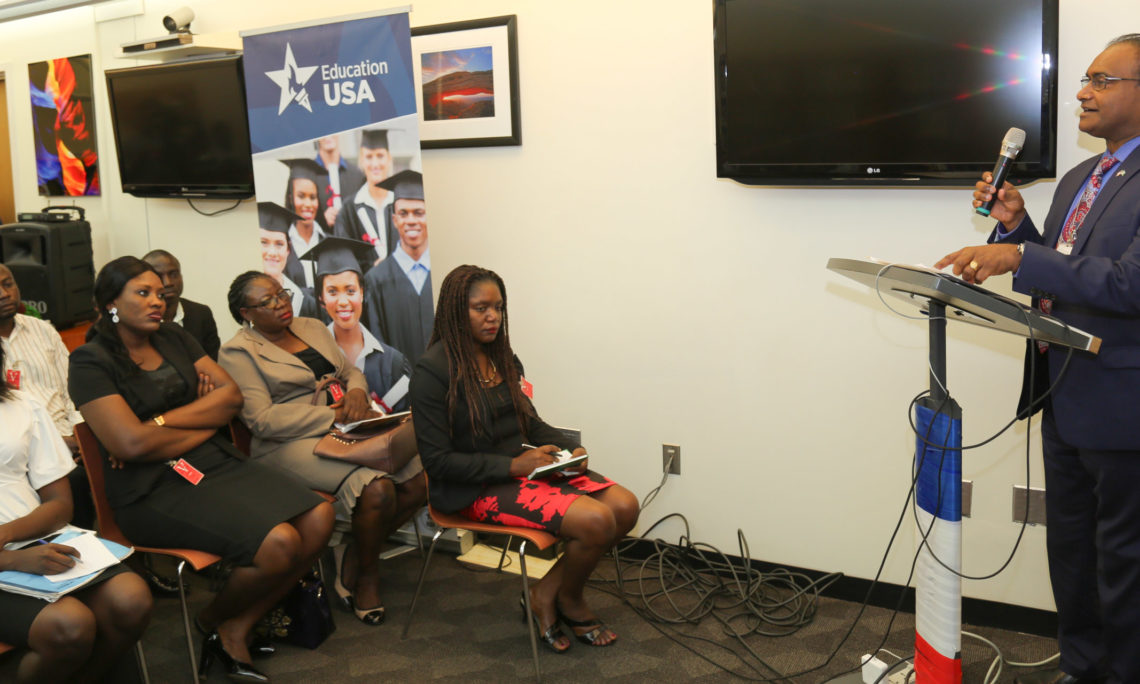 The U.S. Embassy Abuja, in collaboration with Devatop Centre for Africa Development, held a program on July 31 to commemorate World Day against Trafficking in Persons.  The program whose theme was Combating Human Trafficking: A National Priority, highlighted the scale and severity of human trafficking and efforts to fight the problem.

Trafficking in persons is a serious crime and a grave violation of human rights.  Every year, thousands of men, women and children fall into the hands of traffickers in their own countries and abroad. Almost every country in the world is affected by trafficking, whether as a country of origin, transit or destination for victims.

In his remarks, the U.S. Embassy Acting Deputy Chief of Mission (A/DCM) Aruna Amirthanayagam explained that slavery has a long history dating back centuries motivated by tremendous profits this inhuman and illicit trade generated.  He explained that “in the drug trade, commodities can only be sold and used once. In human trafficking, an individual can be sold over and over and over again.”

A/DCM Amirthanayagam observed that human trafficking does not always involve travel to the destination of exploitation.  It can take place in a person’s country of birth, e.g. by persons coerced in bonded labor whether by the state or private persons.  He urged participants at the event to “get involved and work together to end human trafficking, if not in this generation, at least in the next.”

International Labor Organization statistics demonstrate that about 24.9 million victims are trapped in modern-day slavery including those exploited for labor, those sexually exploited,

and those in state-imposed forced labor.  These shocking figures highlight the global dimension of this problem.  Africa accounts for the second largest number of victims of forced labor after the Asia Pacific region.

The program also featured a panel discussion led by Mrs. Imaobong Ladipo-Sanusi of the Women Trafficking and Child Labor Eradication Foundation, and Mrs. Ebele Veron Ulasi of the National Agency for the Prohibition of Trafficking in Persons.  Other speakers included Commissioner of Police Emmanuel Ojukwu and Joseph Osuigwe of the Devatop Centre for Africa Development.