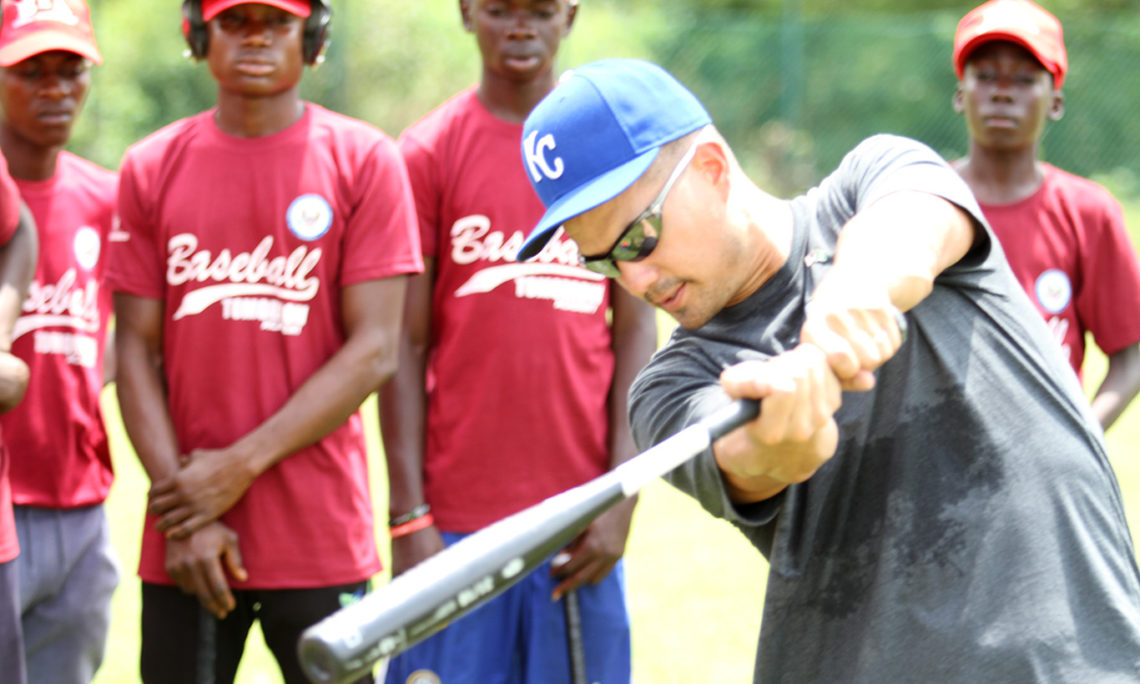 Speaking to the press, Guthrie said, “the goal is to work with these kids,  give them something that they can work on, inspire them by answering their questions, shaking their hands and showing them techniques, and inviting them to go on television and watch the things we are talking about, then, they can share it, and that’s how the game can grow in Nigeria.”  Speaking like a pitcher, he naturally added, “I’ve seen some strong arms among these kids.”

During his professional baseball career, Guthrie played for the Cleveland Indians, Baltimore Orioles, Colorado Rockies, Kansas City Royals, and Washington Nationals.  He won 91 games with a career earned run average of 4.42 and appeared in one World Series.

The Baseball Tomorrow camp began on October 10 and will conclude on October 14 with an exhibition game at 10 am and a noon closing ceremony.