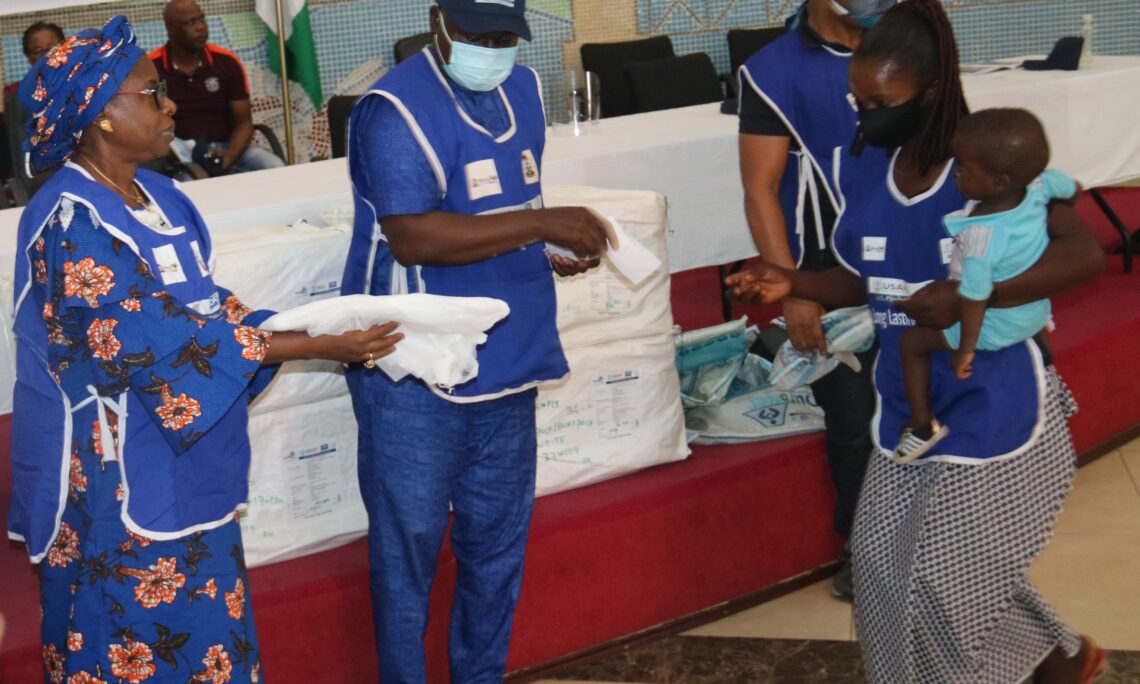 Nigeria notified of $48.5 million in new funding through PMI

Makurdi – On November 13, 2020, the U.S. government, through the President’s Malaria Initiative (PMI), donated 3.6 million bed nets to Nigeria’s Benue State as part of a national campaign to provide enough nets for every Nigerian to be protected from the deadly disease every night.

The donation comes less than a week after USAID notified Nigeria’s Ministry of Budget and Planning of an additional $48.5 million in additional malaria funding to support the Development Objective Agreement (DOAG) between the American and Nigerian governments, bringing the total amount under the seven-year agreement  to $1.99 billion.

The PMI program in Nigeria is jointly implemented by the U.S. Agency for International Development (USAID) and Centers for Disease Control and Prevention in coordination with the Government of Nigeria.  The life-saving nets will go to every local government area in Benue State.  The bed net distribution is a critical component of the ongoing effort to end malaria in Nigeria, which results in more than 90,000 deaths per year.

In addition to the nets, PMI also provided funding for logistics, including transportation and community mobilization carried out in partnership with the Benue State government, which led the planning, coordination, and distribution effort.  The total value of the U.S. contribution is near $8.4 million (₦ 3.1billion).

“Malaria infection still poses a great threat to the social and economic well being of the population of Benue State,” Governor Samuel Ortom, said at the ceremony.  “We must therefore do everything possible to safeguard our people, particularly the vulnerable group of women and children with the help of stakeholders [including] the U.S. President’s Malaria Initiative.”

This activity will benefit more than five million residents of Benue, providing, at a minimum, one net for every two people within each household. Sleeping under the nets puts a vital barrier between people and malarial mosquitoes, most importantly from dusk to dawn, and is one of the best ways to prevent malaria, Governor Ortom said.

Since 2011, PMI has procured more than 60 million insecticide-treated nets as part of a $635 million overall contribution to malaria control in Nigeria.   PMI also supports advocacy and mobilization to encourage members of the community to sleep under the bed nets every night, and trains health workers to test for malaria before treatment.