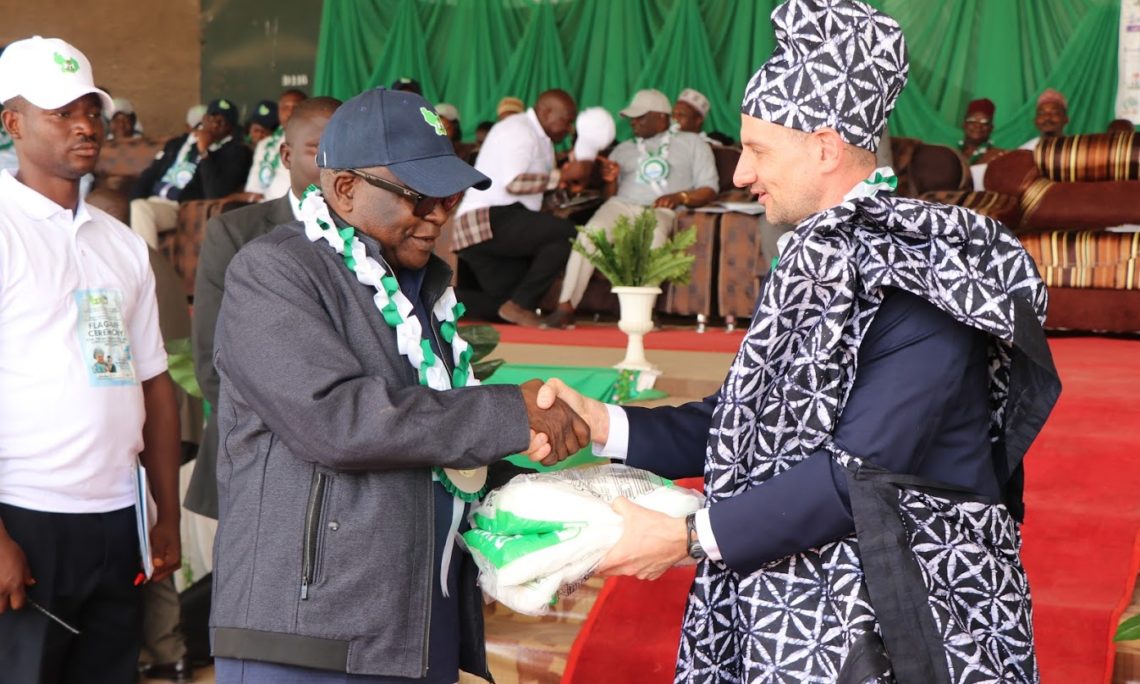 Jos – On February 23, 2020, the U.S. government, through the President’s Malaria Initiative (PMI), donated 2.4 million bed nets in Nigeria’s Plateau State as part of a national campaign to provide enough nets so that every Nigerian may be protected from the deadly disease every night.

The PMI program is jointly implemented by the U.S. Agency for International Development (USAID) and Centers for Disease Control and Prevention (CDC).  The life-saving nets will go to every local government area in Plateau.

“As long as there are mosquitos, there will be malaria,” USAID Resident Legal Advisor Jonathan Cone said at the launch.  “But if we all work together to protect ourselves from being bitten by sleeping under a bed net every night, we can control malaria for the good health of everyone in Plateau, and across Nigeria.”

In addition to the $6.9 million (2.5 billion naira) in nets, PMI also provided funding for logistics, including transportation and community mobilization, in partnership with the Plateau state government, which led the planning, coordination, and distribution effort.

The bed net distribution is a critical component of the ongoing effort to end malaria in Nigeria, which killed an estimated 82,000 people in 2017 and is the country’s leading cause of death for children.  Malaria is especially prevalent during the rainy season, when the mosquito population increases.

This activity will benefit all 3 million residents of Plateau, providing at a minimum one net for every two people within each household, Cone said. Sleeping under the nets put a vital barrier between people and malarial mosquitoes, most importantly from dusk to dawn, and is one of the best ways to prevent malaria.

“Through house to house mobilization, these nets will​ protect ​all ​​citizens​ of Plateau State​, particularly children and pregnant ​women​, from the deadly scourge of malaria​,​”​  said Prof. Sonny Tyoden, Deputy Governor of Plateau State.

Since 2011, PMI has procured more than 60 million insecticide-treated nets, valued at $126 million as part of a $565 million overall contribution to malaria control in Nigeria.   PMI also supports advocacy and mobilization to encourage members of the community to sleep under the bed nets every night, and trains health workers to test for malaria before treatment.

ABOUT USAID:  USAID leads international development and humanitarian efforts to save lives, reduce poverty, strengthen democratic governance and help people progress beyond assistance, supports transparent and accountable governance, promotes a more market-led economy, and enhances Nigeria’s capacity as a responsible regional and trade partner. For more information about USAID and its programs, please visit www.usaid.gov.  Follow us Facebook and Twitter.