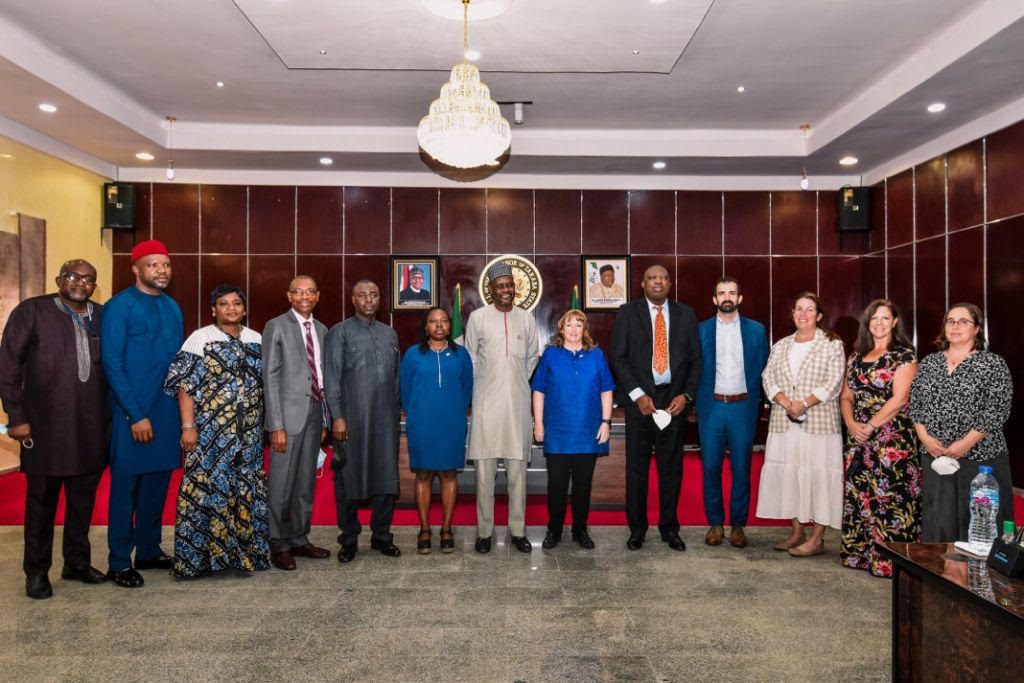 The joint team met Governor Darius Ishaku to initiate the new partnership under the governor’s leadership and the strong support of the State Commissioner of Health Dr. Innocent Vakkai.

The team asked the governor to build on his impressive commitment to the health care system, including prioritizing recruitment of healthcare workers to help sustain the expanded HIV program and other critical public health services. An increased budget allocation and releases of funds for health will ensure that the drive to enroll additional patients on treatment succeeds.

“We look forward to working with Taraba to adopt best practices in client-centered care and improving local capacity to implement high quality services”, CDA FitzGibbon said. “With the state’s commitment to reducing barriers to care, Taraba is well-positioned to achieve HIV epidemic control.”

The team announced the United States will re-initiate HIV/AIDS programming in Taraba on October 1, 2021.  Ranking among the top eight states in Nigeria in terms of HIV burden, Taraba plays a “critical role” in the country’s goal of being free from AIDS by 2023, she said.

The U.S. delegation and NACA briefed stakeholders on the key objectives of the partnership.  Taraba State and USAID, through the Reaching Impact, Saturation, and Epidemic Control (RISE) activity implemented by Jhpiego, presented findings from a joint assessment and priorities for collective action.

The delegation visited the Federal Medical Center in Jalingo, a 320-bed facility that serves as a referral center and offers medical services including those for HIV and tuberculosis (TB).  More than 3,000 HIV-positive patients currently receive lifesaving antiretroviral therapy in the Center.

Finally, Deputy Governor Haruna Manu facilitated a tour of the Taraba State Specialist Hospital to observe ongoing USAID work to support identification and treatment of people living with TB, as well as a state-of-the-art laboratory commissioned last year to diagnose COVID-19 and other infectious diseases.

“We look forward to celebrating our collective success when we achieve HIV epidemic control in the State in the coming months and years,” FitzGibbon said.

PEPFAR supports HIV treatment for over 1.5 million Nigerians and is working with state and federal government agencies to build health systems to achieve and sustain control of HIV and AIDS in the country.