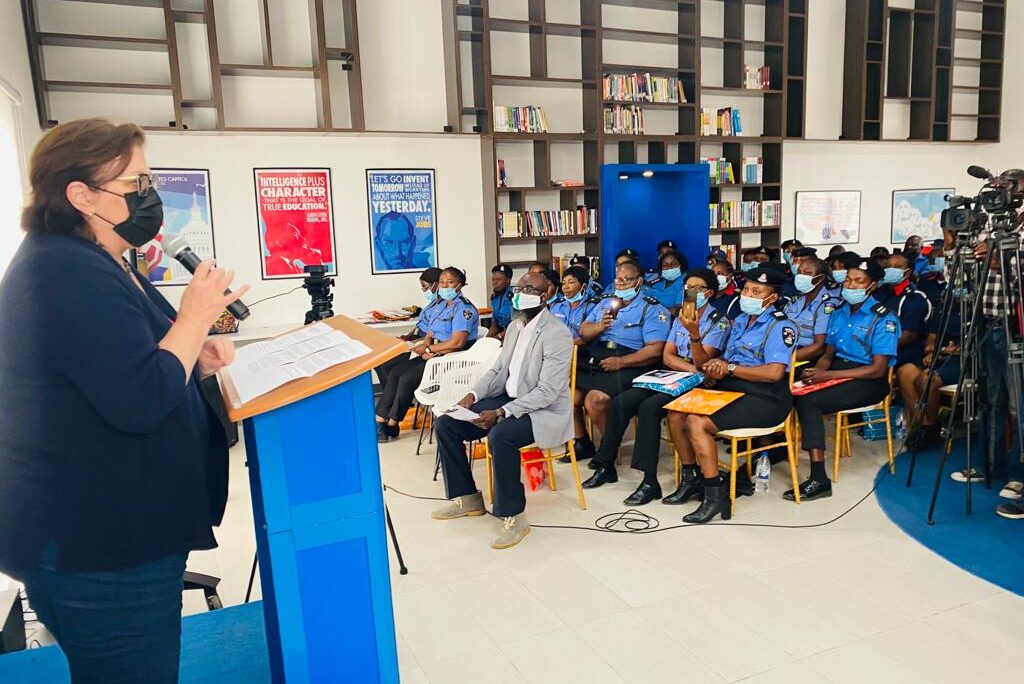 Supported by the U.S. Consulate General, the workshop was organized in partnership with the U.S.-based International Association of Chiefs of Police (IACP) and the Women at Risk International Foundation (WARIF), one of the foremost anti-sexual violence organizations in Nigeria.

Speaking at the closing ceremony of the training in Lagos, United States Consul General Claire Pierangelo highlighted the U.S. government’s commitment to supporting initiatives that break the cycle of sexual and gender-based violence.

She noted that a more open, inclusive and democratic society that respects the diversity and rights of women is critical to preventing and responding to gender-based violence.

“We count on you all as you lead the improvement in the management of gender-based cases at your stations,” Consul General Pierangelo told the participating men and women of the Nigerian Police Force and the Nigeria Security and Civil Defense Corps.

“Gender based violence has life threatening consequences for women and girls and will have a profound impact on their opportunities and life trajectory. No woman or girl child should live in fear of violence. Every girl should grow up knowing she is safe and free to follow her dreams and live her best life.”

The law enforcement training is part of a variety of programs organized by the U.S. Consulate and its partners to promote zero tolerance against gender-based violence, a priority for the United States all over the world.

On December 4, U.S. Consulate staff and members of the Young African Leaders Initiative (YALI), joined WARIF for its third annual advocacy march to call attention to combatting gender-based violence. In addition, Consul General Pierangelo participated in a December 1 dialogue with civil society representatives working to end the scourge of gender-based violence in Nigeria.

Each year, the world marks “16 days of Activism Against Gender-based Violence” starting on November 25 (International Day for the Elimination of Violence against Women), and ending on December 10 (Human Rights Day). This campaign is used to call for global actions to increase awareness and take action for the prevention and elimination of violence against women and girls.