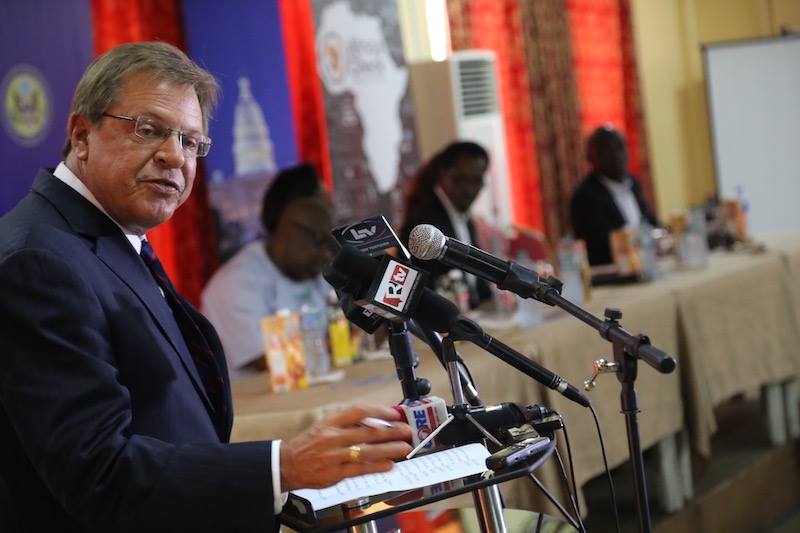 On Wednesday, May 3, 3017, the Public Affairs Section of the United States Consulate General Lagos in collaboration with Lagos Television (LTV), a leading state-owned broadcast station, organized a program in commemoration of the World Press Freedom Day.

At the program themed “Critical Minds for Critical Times: Media’s Role in Advancing Peaceful, Just, and Inclusive Societies”, Consul General F. John Bray gave the keynote address underscoring  the United States government’s support of the freedom of the press. “The United States strongly supports freedom of the press. We believe that an unfettered press is essential for democracy to thrive,” Consul General F. John Bray said.