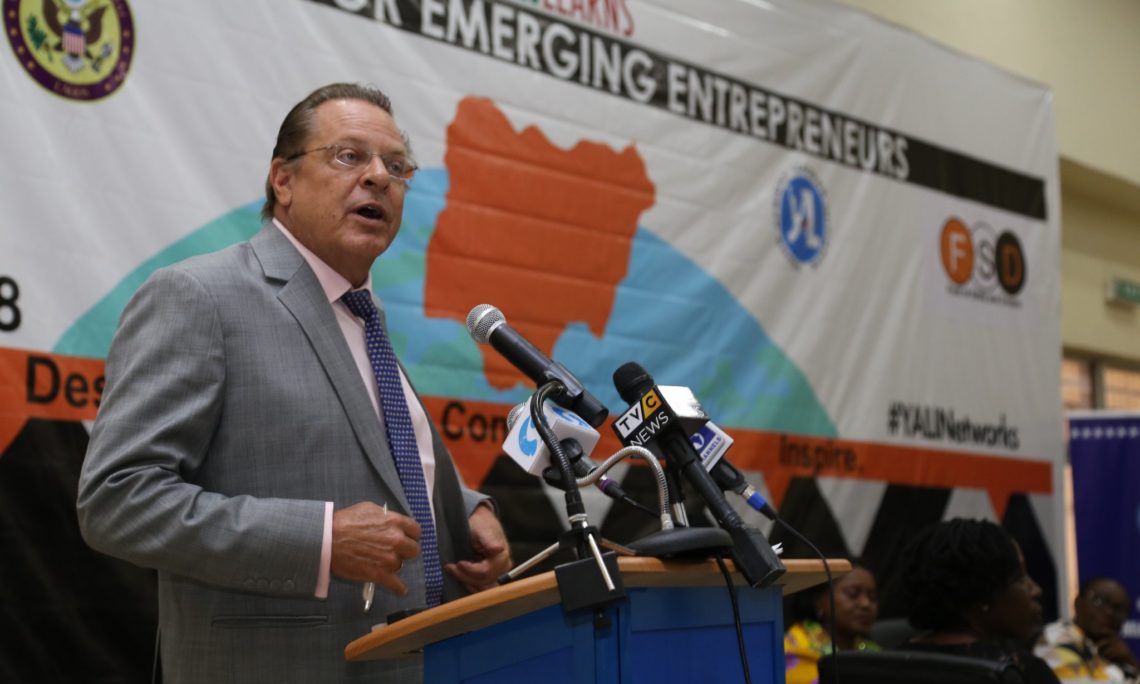 Port Harcourt—- The United States Consulate General Lagos in collaboration with Field of Skills and Dreams VTE Academy, on Wednesday, April 11, concluded the second edition of the Conference for Emerging Entrepreneurs which was held in Port Harcourt, Rivers State.

One hundred and twenty one (121) budding Nigerian entrepreneurs participated in the two-day workshop. The up-and-coming entrepreneurs, selected from across Nigeria, learned how to transform their ideas into practical business plans, manage business risks, navigate difficult moments, seek capital, and develop partnerships to help their businesses grow.

In his welcoming remarks, Consul General F. John Bray explained that one of U.S. Mission Nigeria’s primary goals is to support Nigeria’s economic development. According to him, the U.S. Department of State supports entrepreneurs all over the world through training and mentoring, while also working with governments to create enabling environments and entrepreneurial cultures.

“There is growing evidence that entrepreneurs the world over are the drivers of job growth. The United States government is firmly convinced that in addition to creating jobs and expanding economic opportunities, entrepreneurship contributes to political stability and a vibrant civil society,” Consul General Bray added.

The Conference was organized with a view to equipping the entrepreneurs with the requisite skills and entrepreneurial know-how to enhance their success in the business world. The first edition was held in Lagos in March 2017.