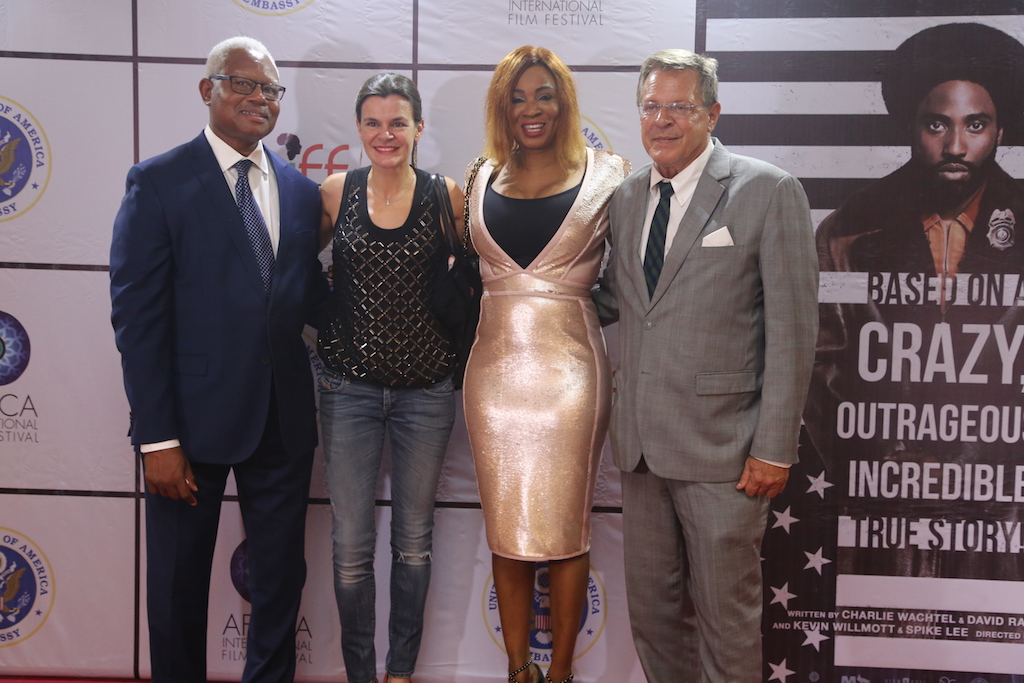 The movie chronicles the true story of an African-American police detective named Ron Stallworth, who, in 1978, launched an investigation into the local chapter of the Ku Klux Klan (KKK) in Colorado Springs.

Guests at the première held at the FilmHouse Cinema, Twin Waters on Victoria Island, included leaders in business, civil society, media and government as well as Nollywood celebrities.

United States Consul General F. John Bray, in his welcome remarks, noted that the U.S. has come a long way in its fight against racism.  “This movie is making a statement about that because it makes you reflect and look at the problem.”

The Consul General also used the opportunity to advocate for similar reflection by Nigerians as they prepare for the upcoming elections. “We are looking forward to a free, fair, credible, and non-violent election in the coming year,” he said.

As part of the ongoing Africa International Film Festival, the U.S. Mission on Thursday co-hosted the screening of “Balancing the Scales,” a documentary film about women lawyers in the United States.  The screening was hosted at the Genesis Cinema, Lekki.

At the event attended by over 110 mid-career and senior-level female lawyers, U.S. Embassy Counselor for Public Affairs, Aruna Amirthanayagam, delivered remarks underscoring the importance of having women in leadership positions in the private and public sectors of the economy. “Promoting women to top positions is good for both society and for firms’ bottom lines,” he noted.

The U.S. Mission in Nigeria is one of the major sponsors of the ongoing Africa International Film Festival.   AFRIFF, an annual showcase of the world of filmmaking, with participation from local and international actors, directors, film critics, buyers, distributors, visual artists, film students, and equipment manufacturers, is taking place from November 11 to 17.