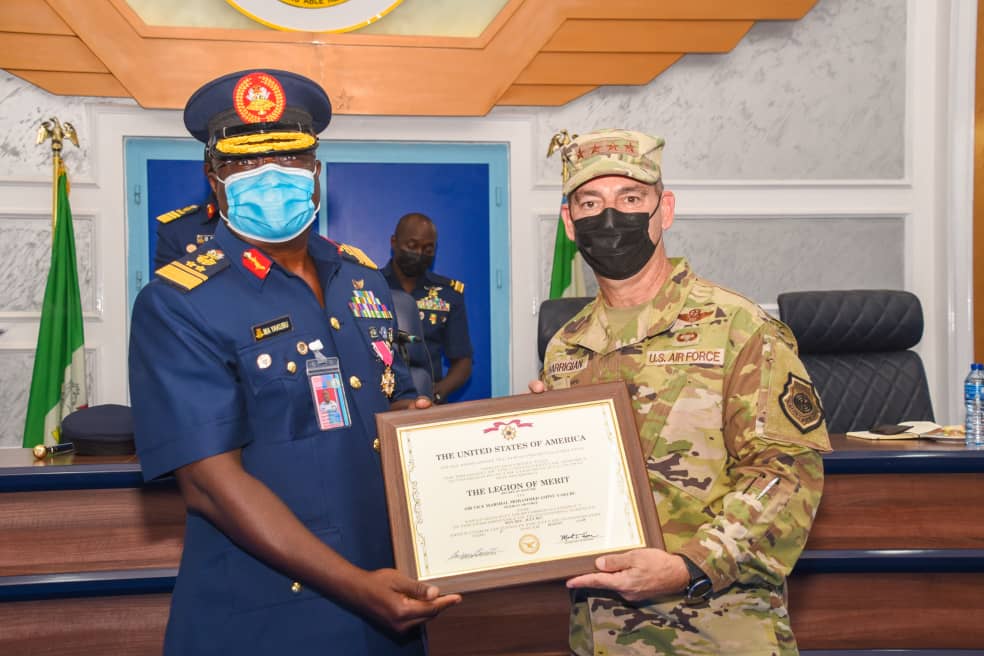 During Air Vice Marshal Yakubu’s tenure as Defense Attaché, he greatly improved Nigeria – U.S. military relations, resulting in increased U.S. support to Nigeria in the fight against violent extremism. Air Vice Marshal Yakubu also coordinated with various U.S. government agencies for the first visit of President Muhammadu Buhari to the United States, as well as the first-ever visit of a Nigerian Chief of Defense Staff to the U.S. Africa Command in Germany.