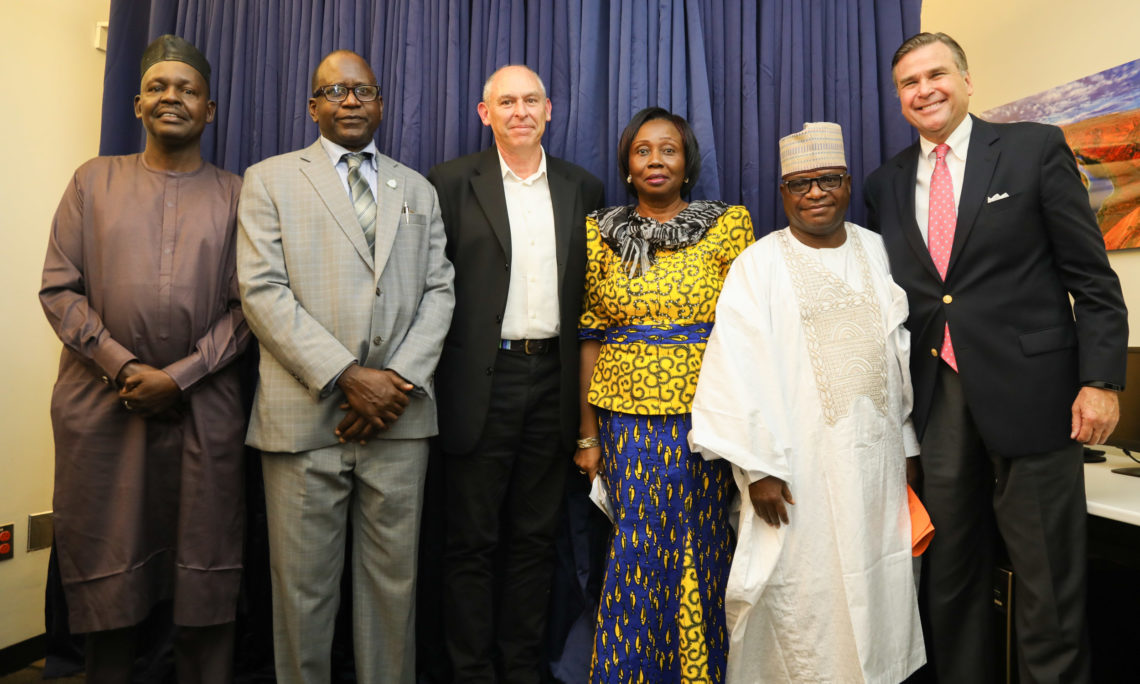 On September 25, U.S. Ambassador Stuart Symington signed a Memorandum of Understanding with the Trust for African Rock Art (TARA), National Commission for Monuments and Museums (NCMM), University of Calabar, and Ahmadu Bello University (ABU) Zaria.  The MOU provides a grant of $125,000 to the three organizations who are working together for the preservation of Nigeria’s rock art.

Funded by the US Ambassadors Fund for Cultural Preservation, the project titled “Rock Art of Nigeria from Cross River to Jigawa: Preservation and Promotion” will raise awareness of the importance of Nigerian rock art.  It will ensure its conservation through documentation and the provision of basic infrastructure, as well as engage communities living near the rock sites.

“Now we are celebrating something that unites Nigerians from Calabar to Zaria and beyond” said Ambassador Symington.  He added that the Ambassadors Fund for Cultural Preservation is a reminder that we were not the first to be here and we won’t be the last, but that “we are bound together by our time on this great planet and we have a chance not just to make a new mark but see the marks of those who have come before us.”

The project objectives will be achieved through a series of activities over a period of 16 months. An ongoing activity will be the processing, editing, color correcting, and addition of metadata by TARA, of 2000+ images captured during the survey.

The U.S. Embassy in Abuja has supported cultural preservation in Nigeria for many years. Recent Ambassadors Fund projects include restoring the Gobarau minaret in Katsina and the Kofar Kanakali gate in Kano, improving preservation of museum collections, and documenting traditional knowledge of the Ifa.