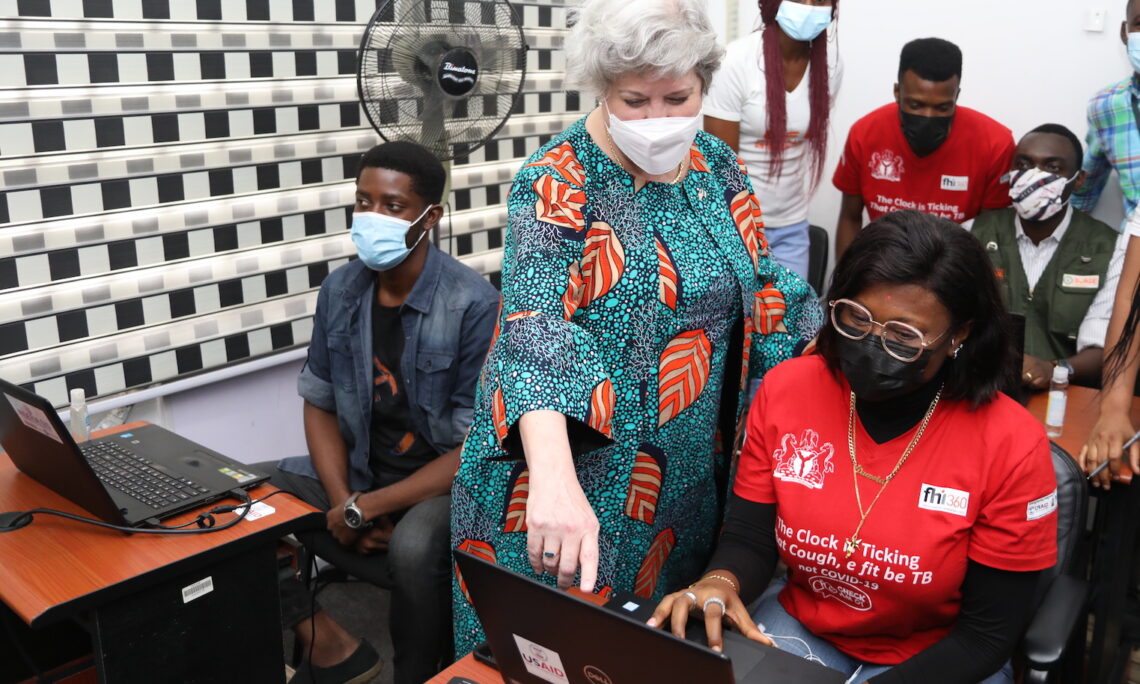 With Governor Emmanuel, Ambassador Leonard discussed the success of HIV control in Akwa Ibom State as a result of a “surge” in U.S. assistance through the President’s Emergency Plan for AIDS Relief (PEPFAR) and the state abolishing user fees for treatments. The two officials also spoke of malaria control, the investment climate in the state ahead of the arrival of a new Sheraton hotel, and Akwa Ibom’s participation in the new USAID ‘State 2 State’ activity to improve governance.

“The United States applauds Akwa Ibom’s achievements toward HIV epidemic control,” the ambassador told the governor. “Your commitment to abolish user fees has been critical to increasing use of HIV services and has made Akwa Ibom a model we hope other states will follow.”

Ambassador Leonard also visited a U.S.-supported HIV ‘Situation Room’ within the state Ministry of Health. A technology-based platform that keeps service providers, community service managers, and public health decision makers connected, the Situation Room helps the state ensure transparency and availability of real time data, and greater data integrity. Data generated in the Situation Room guides interventions and course corrections and has been a critical tool in Akwa Ibom’s historic growth of HIV treatment from 20 to 80 percent of people living with HIV in the state.

She also visited a ‘One Stop Shop’ in Uyo that provides HIV medicines and therapy and other health services for more than 7,000 members of vulnerable populations in a safe and stigma free space. She also visited the U.S.-supported General Hospital Etinan, where a staff of 135 provides anti-retroviral therapy for more than 3,300 patients, including a 45-bed inpatient capacity.
Ambassador Leonard met with leaders of the Akwa Ibom state Task Force on Human Trafficking established by Governor Emmanuel in August 2020. The Ambassador commended officials on their efforts to combat human trafficking, and said she hopes other states will follow their example. She encouraged officials to follow up formation of the Task Force with effective anti-trafficking legislation.

Finally, the Ambassador joined Tein Jack-Rich, President and Founder of Belemaoil Nigeria Ltd, and the State Commissioner of Health Dr. Dominic Ukpong at a ceremony to mark the donation of 75,000 HIV test kits to the Akwa Ibom state government through PEPFAR as part of the oil giant’s corporate social responsibility program.

The test kits will support prevention of mother-to-child transmission services within antenatal clinics and provide critical HIV testing services to numerous young children and others who are at risk.