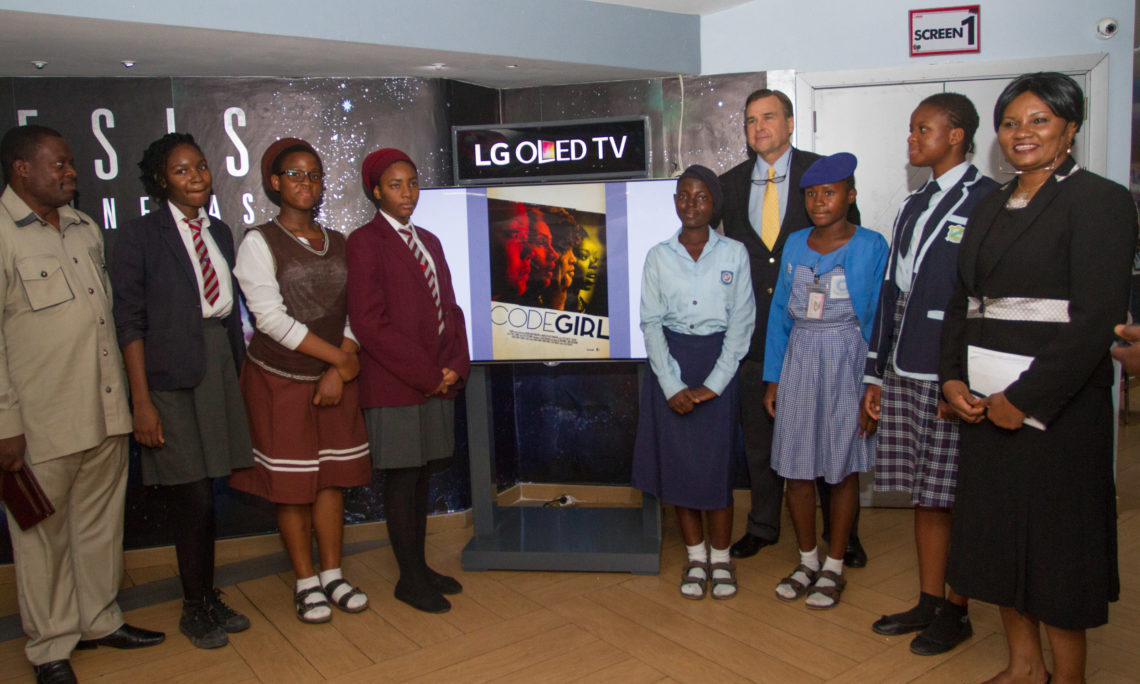 U.S. Ambassador W. Stuart Symington  praised the ingenuity and determination of  the Nigerian winners of the 2015 Technovation Challenge.  The four girls and their mentor, Team Charis,  were featured in the American Film Showcase documentary “Code Girl,” which was screened today in Abuja, Nigeria.  The screening took place at the Genesis Theater and Cinemas to a

large audience of school girls, technology professionals and senior officials from the Ministries of Science and Technology, as well as Education.

Ambassador Symington conveyed that the screening of the documentary highlighted the U.S. Mission’s support for increased participation by Nigeria’s youth, especially women and girls, in the fields of Science, Technology, Engineering, and Mathematics (STEM).

Ambassador Symington said the Nigerian team’s achievement at the Technovation competition is a clear example of what young Nigerians can accomplish with proper mentoring, determination and team spirit.

“These young women won this competition not only because they had a great idea, which applied as the judges say, to the

whole world, but because they worked together like a team,” Ambassador Symington remarked.
Out of nearly 400 apps submitted for the 2015 Technovation Challenge from 28 countries, the six semifinalists came  from four countries: Brazil, India,  Nigeria and the USA.

Team Charis won the High School Division of the World Pitch Competition with their mobile app idea, Discardious. Discardious is a mobile app that tackles the problem of waste disposal. It is an android application that enables communities to discard their waste effectively and at a low cost.