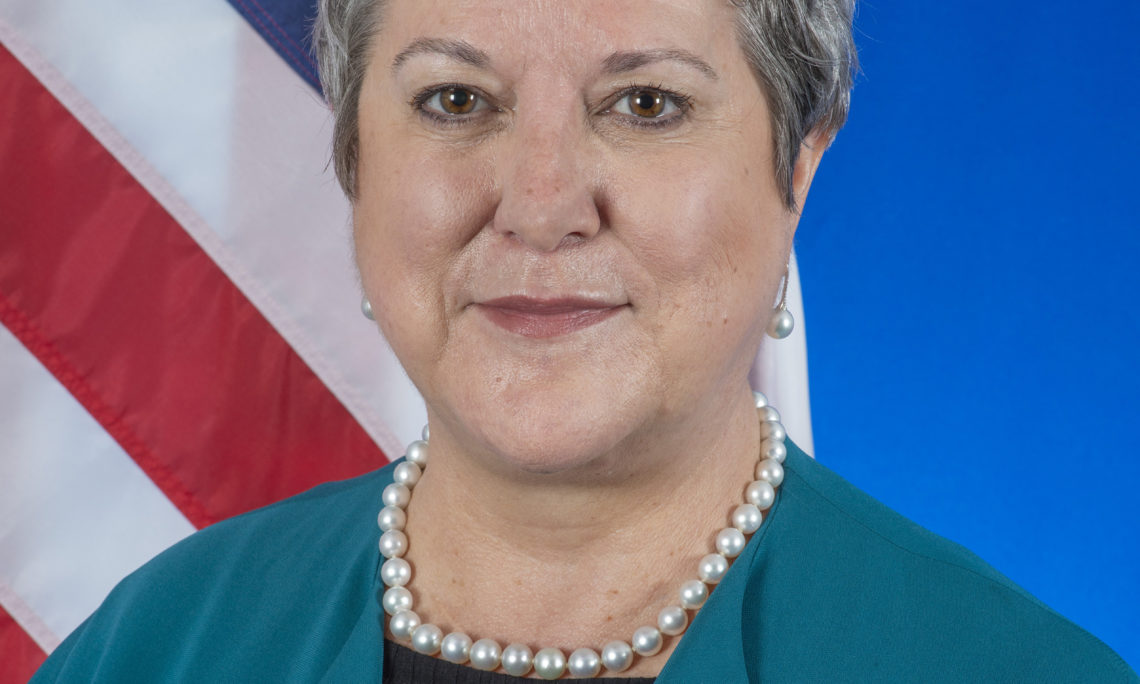 Abuja, Nigeria – U.S. Ambassador to the Federal Republic of Nigeria Mary Beth Leonard presented her credentials to His Excellency President Muhammadu Buhari at a ceremony at the Presidential Villa in Abuja on December 24, 2019.  The U.S. Senate confirmed Ambassador Leonard on August 1, 2019 after she was nominated for the position by U.S. President Donald J. Trump on June 24, 2019.  She was sworn in as the Ambassador to the Federal Republic of Nigeria on October 4, 2019 in Washington, D.C.

Ambassador Leonard has said she will leverage U.S. diplomacy, foreign assistance, and the private sector to partner with Nigeria to expand economic growth, increase security, and counter corruption.  “I would look to harness U.S. tools – from existing ones like the African Growth and Opportunity Act and our hard-working Foreign Commercial and Agriculture Service Officers – to newer ones like Prosper Africa and the Development Finance Cooperation’s increased budget for insurance, loans and loan guarantees, and equity investments – to promote our mutual prosperity,” she stated during her confirmation hearing.

Speaking on Nigerian youth and the potential they hold, Ambassador Leonard said, “Like Americans, Nigerians are hard-working, inventive, and entrepreneurial.  Nigeria’s youth are fueling exceptional endeavors in areas from information technology to agriculture, offering the promise of the opportunities the country will need to meet the challenge of its youthful demographics.”  She continued that she would therefore work to channel America’s dynamism to support Nigeria toward prosperity and security.