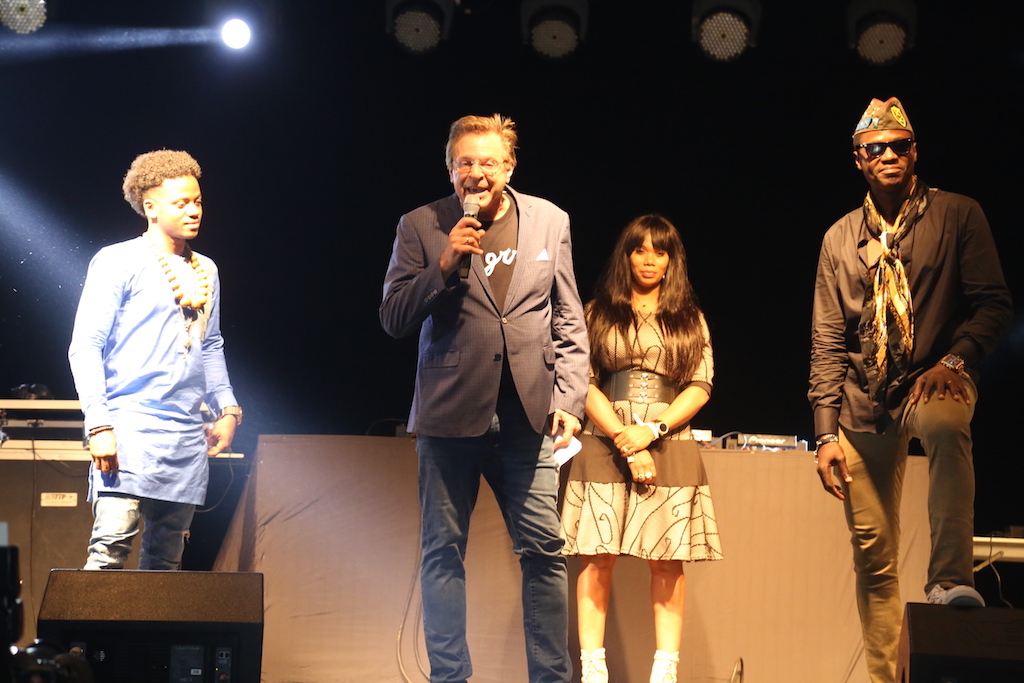 Major Lazer, the American electronic dance music group, comprising Diplo, Jillionaire, and Walshy Fire, were in Nigeria as part of a broader Africa tour which has taken them to South Africa, Malawi, Kenya and Uganda.

“Tonight we are all here for Major Lazer. Music is the weapon, peace is the mission. As the 2019 general election draws close, I encourage you all to make a commitment to a non-violent and peaceful democratic process,” Consul General Bray who was accompanied on stage by leading Nigerian artistes ––Sound Sultan and Korede Bello –– remarked just before Major Lazer began their performance.

It was a night to remember for the hundreds of fans who thronged the Hard Rock Beach as the electronic dance music trio thrilled the audience with a blend of local and international tunes.

The Cultural Affairs Office at the U.S. Consulate General in Lagos organizes a broad range of activities promoting cultural relations between the people of Nigeria and the United States.