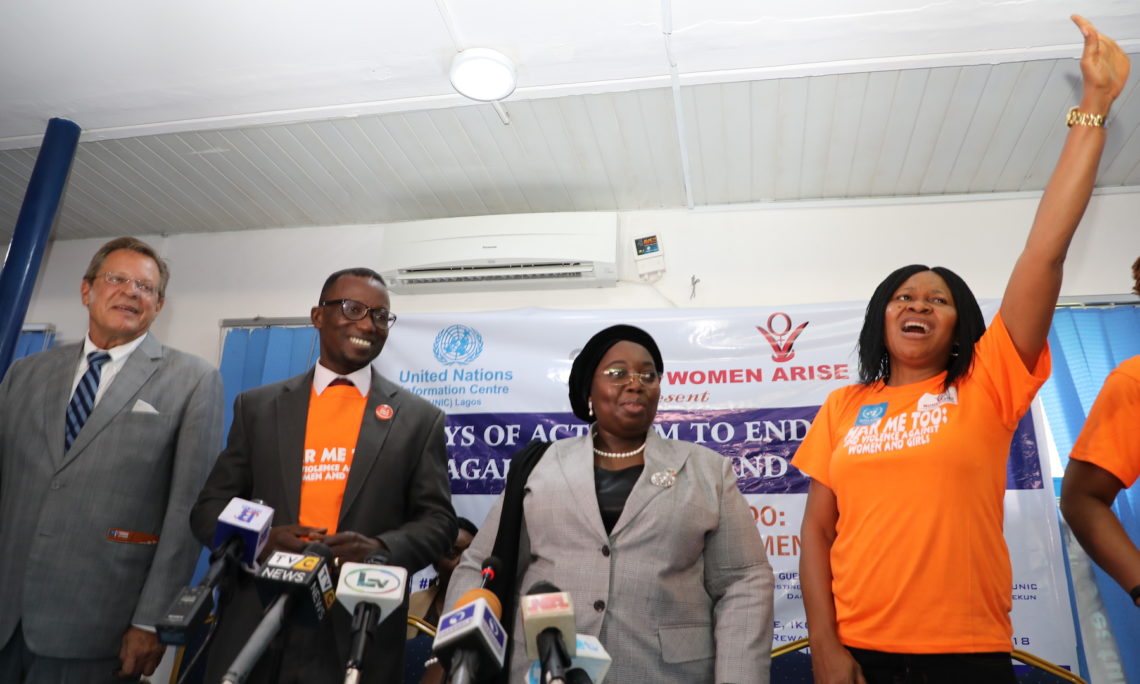 Lagos- U.S. Consul General John Bray on Monday urged Nigerians to take a firm stand against impunity, stigma and the culture of silence which fuel violence against women and girls in the country.

Speaking at a public lecture organized by the rights group Women Arise and the United Nations Information Center, to mark the commencement of 16 Days of Activism Against Gender-Based Violence, Consul-General Bray noted that curbing escalating violence against women and girls would require candid testimony by survivors and open discussion of the societal factors that perpetuate gender-based violence.

“Women and girls in Nigeria must join their sisters across the world in raising their voices to say that we must break the culture of silence by bringing these stories to light. It is only by such exposure that we can rapidly bring the violence against women and girls to an end,” Bray said.

The U.S. envoy also made a case for joint action by different stakeholders to forestall violence against women while taking legal action against offenders.

“We must work together as stakeholders, in order to be proactive and curb the violence against women and girls Where we fail to prevent such violence, it also important to make those who engage in violence and abuse know that there will be no impunity for their crimes, that society is outraged by such behavior and they will be identified, they will be denounced, prosecuted, and punished,” said the Consul-General.

Other speakers at the event included Dr. Idiat Adebule, the Deputy Governor of Lagos State and Dr. Joe Okei-Odumakin, human rights activist and founder of Women Arise. They were joined by the National Information Officer of the United Nations Information Center, Dr. Oluseyi Shoremekun.

The 16 Days of Activism Against Gender-Based Violence is an international campaign to challenge violence against women and girls. It takes place annually from November 25, the International Day for the Elimination of Violence against Women, to December 10, Human Rights Day.