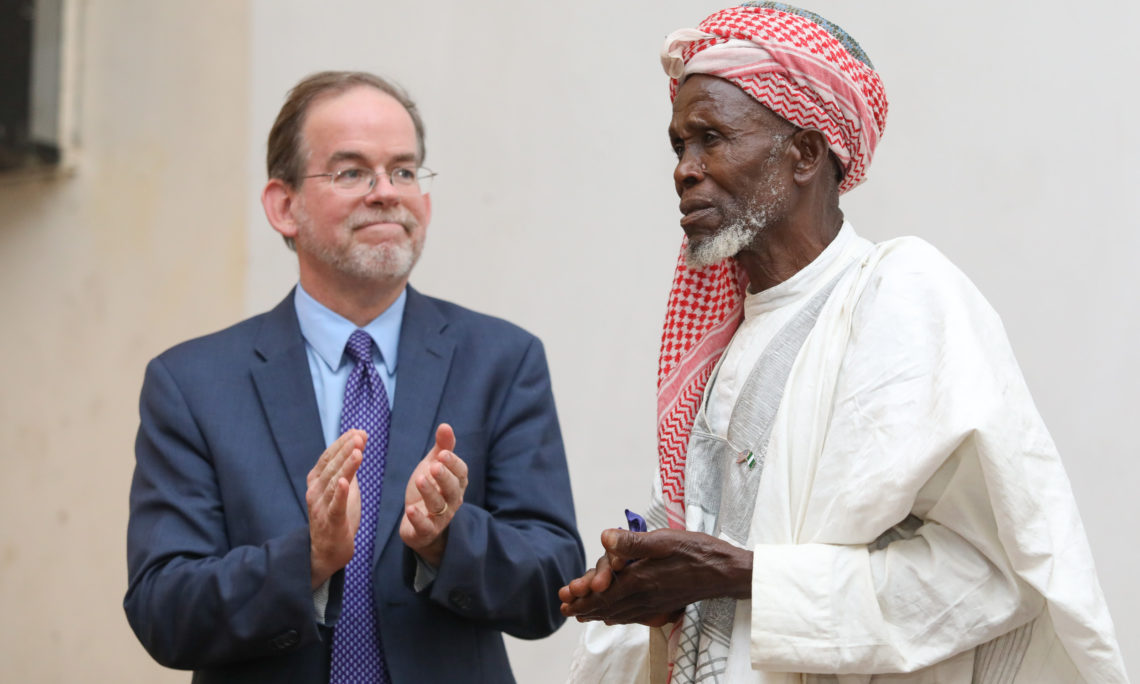 Anyone can be a peace-making hero by “loving and keeping their neighbors safe.” So said U.S. Charge’ d’ affaires David J Young in Jos on Wednesday, at the premiere of “Sowing Hope” a documentary film by award-winning filmmaker Kenneth Gyang.

The emotionally charged film celebrates the heroic action of 83-year-old Imam Abdullahi Abubakar and his Deputy in saving the lives of over 200 Christians on June 23, 2018, during violent attacks on their community, in Barkin Ladi LGA, Plateau State.

“We should all work for peace. This documentary is a story about tragedy, but also about hope. A powerful testament of putting faith in action which we should all emulate, not just in Nigeria, but everywhere in the world”, Mr. Young said to the packed audience, many nearing tears.

In the film, screened at the National Film Institute Jos, survivors of the June 23 attacks at Nghar village narrated their horrific experience and how the courageous Imam and his Deputy risked their lives by shielding the villagers in the Mosque and the Imam’s home.

“Film can be a very powerful way to tell stories about peace, and justice, and love. Kenneth has done exactly that”, the American diplomat stated.

Mr. Young also appealed to the government, individuals, and organizations to assist the victims of violence across the country, Nghar village in particular, to regain their lives. “They need help, to be able to have security, to rebuild and return to their homes”, Mr. Young appealed.

Imam Abdullahi Abubakar has received awards from several organizations in Nigeria in recognition of his heroism and extraordinary sacrifice for the sake of his neighbors, many of whom still reside in internally displaced persons camps in Barkin Ladi LGA of Plateau State.