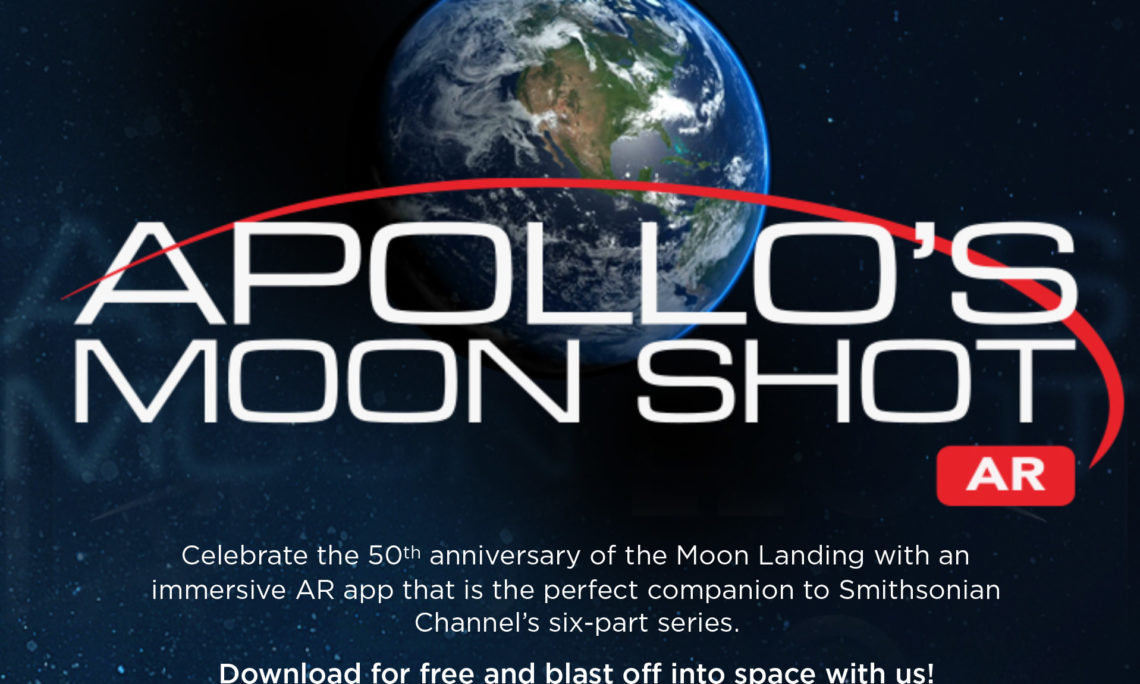 Celebrate the 50th anniversary of the Moon Landing with an immersive AR app that places you right in the action of NASA’s daring space missions of the 1960s. The perfect companion to Smithsonian Channel’s landmark six-part series, the “Apollo’s Moon Shot AR” app gives you an out-of-this-world close-up of some of the landmark events that defined the start of the Space Age. Download for free now and blast off into space with us!

This app is free to download and includes features such as: