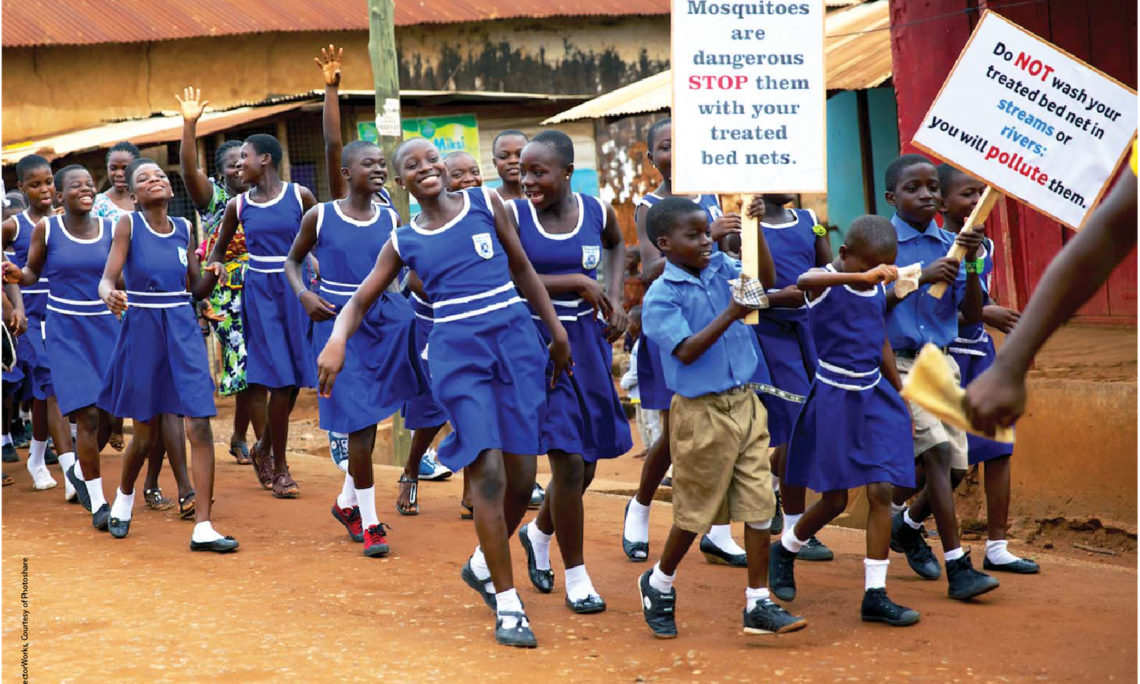 The United Nation’s call to “end malaria for good” resonates deeply with me – I have had malaria.  I am encouraged by the progress that has been made to eliminate this terrible disease.   The global mortality rate dropped by 47 per cent between 2000 and 2013 and the number of children killed by malaria has declined by two-thirds since 2000, with more than 6.8 million lives saved.  I was reminded however of the deadly toll this disease continues to take when I saw a public service announcement on DSTV stating that every thirty seconds a child in Africa dies from malaria.  Today, Global Anti-Malaria Day, is a time to reflect on what we have achieved and chart our way forward.

Most of the progress has been attributed to improved deployment of malaria control interventions, including enhanced access to artemisinin based combination therapy and the proper use of insecticide treated mosquito nets. To consolidate these gains, World Health Organization member states agreed on a new global malaria strategy for 2016-2030, aimed at reducing the global disease burden by 40 per cent by 2020 and eliminating malaria in at least 35 new countries by 2030.

Nigeria, which accounts for one-quarter of all the malaria cases in Africa, is a signatory to the bold new strategy, a clear signal that the government is determined to reduce malaria morbidity and mortality in the country. Nigeria has already made remarkable progress in the past 15 years, successfully reducing mortality rates among children under the age of five by 18 percent through an aggressive program to combat malaria.

However, Nigeria faces a new challenge. The decimation of healthcare infrastructure across the country’s North-East at the height of Boko Haram’s insurgency has put millions of Nigerians at a high risk of malaria infection and malaria-related death. The majority of the estimated 2 million internally displaced people in the area, including vulnerable children under the age of five and pregnant women, no longer have easy access to the free tests and artemisinin based combination therapy drugs previously available at government funded healthcare centers.

Medical professionals are also concerned about the possibility of increased resistance to anti-malaria drugs as mosquitos adapt to increasingly warmer temperatures across Sub-Saharan Africa.  Resistance to malaria medicines and insecticides has been recorded in regions of Asia and may pose significant risks to Nigeria’s progress in malaria control.

The government and people of Nigeria do not face these challenges alone. The U.S. government, through the U.S. President’s Malaria Initiative (PMI), is a steadfast partner in the global fight against malaria, working together with host country governments and partners to bring effective tools for the prevention and control of malaria to the people who need them the most.

In Nigeria, PMI works with national partners such as the Federal Ministry of Health and the National Malaria Elimination Program. PMI also works with international partners such as the UK Department for International Development, the World Health Organization, and the Global Fund to reach and maintain universal coverage with long-lasting, insecticide-treated nets for all individuals living in malaria endemic areas.

PMI has scaled up malaria control interventions in Nigeria and to date, has procured over 31.6 million bed nets, 20.9 million malaria diagnostic test kits, over 52.4 million malaria first line drugs, and 11 million doses of the drugs that prevent malaria in pregnancy.

As World Anti-Malaria Day rolls by each year, I wonder what needs to be done  to rid the world of malaria for good. The good news is there are answers. We must recognize that we do not need to accept malaria as a normal part of life.  If we sleep inside a treated net every night, if we seek treatment from a qualified health worker within 24 hours of the onset of a fever, we can drive down the presence of the malaria parasite in our environment and ultimately eliminate it.

Together, we must improve the protection of expectant mothers and their newborns from malaria.  During pregnancy, malaria can cause particularly serious, life-threatening risks for both the mother and her baby.

We must also increase access to health services, especially for the poor.  Community health workers must be able to provide reliable testing and treatment for malaria and other childhood illnesses.

Success during the next three to five years will be crucial to attain the vision of this year’s World Anti-Malaria Day theme, “End Malaria for Good.”  Ridding the world of this burden will have a long-term transformative impact across the globe, saving millions of lives and generating trillions in additional economic output.

I am fully convinced that fighting malaria is one of the smartest investments to protect health, create opportunity, and foster growth and security. While the road ahead is complex, the narrative is not— it is about coming together as a global community because of our common humanity and each doing our part to protect families and children from a cruel disease.