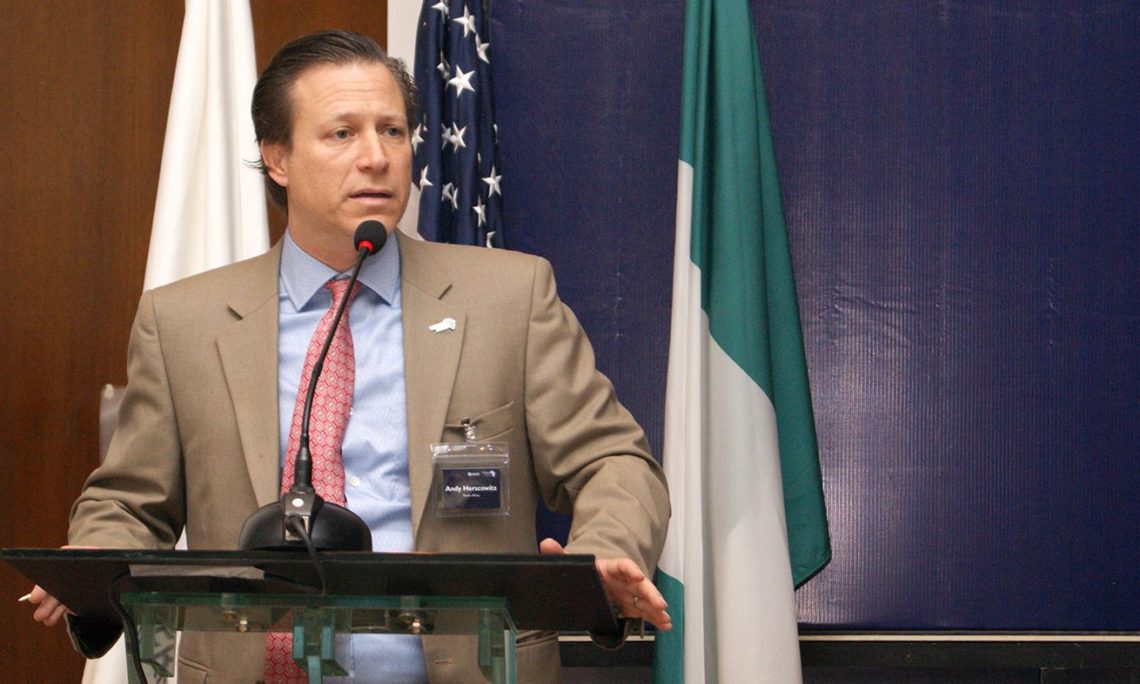 Yesterday (February 14, 2017),  Andrew Herscowitz, Power Africa Coordinator, spoke at a workshop for Nigerian power distribution companies. Power Africa brings together the private sector and governments to work in partnership to increase the number of people with access to power, on and off grid, on the African continent. In 2017, 95 million Nigerians still do not have access to electricity.  Power Africa’s goal is to add more than 30,000 megawatts in sub-Saharan Africa, including 450 megawatts to Nigeria’s grid by late 2018. Says Herscowitz, “ If we are successful in Nigeria, we can be successful anywhere in the continent.”