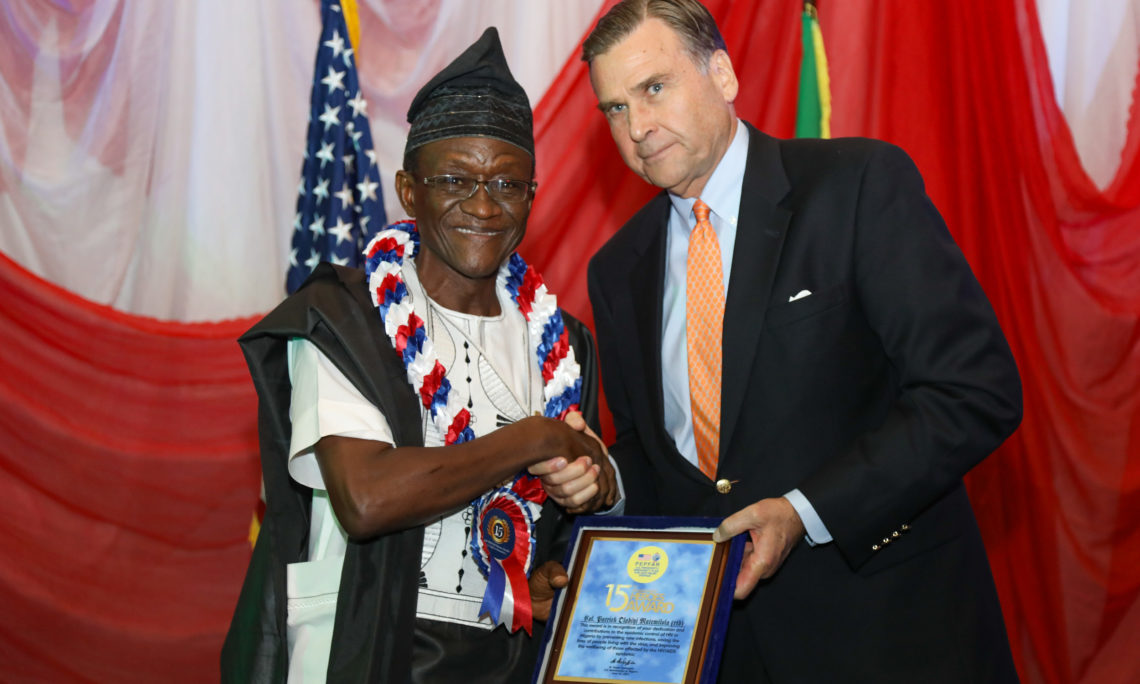 On June 10, 2019, the U.S. President’s Emergency Plan for AIDS Relief (PEPFAR) – Nigeria Program – honored and gave awards to 16 nominated individuals that have made momentous contributions to the epidemic control of HIV in Nigeria. The event took place at the NAF Officer’s Mess and Suites, Kado, Abuja.

Dubbed: “A Night to Remember” the event rounded off activities in commemoration of PEPFAR’s 15th anniversary.  In celebrating PEPFAR, we call to remembrance and honor these phenomenal men and women.

Drawn from government, civil society and private citizens, these individuals have gone above and beyond the call of duty to serve those affected by HIV. In the face of the epidemic, they have provided outstanding leadership, fought against the significant stigma and discrimination that impedes HIV service uptake, offered innovations, and made great sacrifices for the greater good.

In his remarks at the event, U.S. Ambassador, The Honorable W. Stuart Symington stated that, “PEPFAR is the U.S. government’s response to the global HIV/AIDS epidemic and represents the largest commitment in history, by any nation, to address a single disease.”

He noted that, through the leadership and generosity of the American government and people, together with the work of many partners, PEPFAR has saved millions of lives, averted millions of infections, and changed the course of the AIDS epidemic.

The U.S. Government’s global commitment to fighting the AIDS epidemic stands at $80 billion dollars, combatting what has been described as the worst human scourge in history. In Nigeria alone, the U.S. Government has invested more than $5 billion in the national HIV/AIDS response.