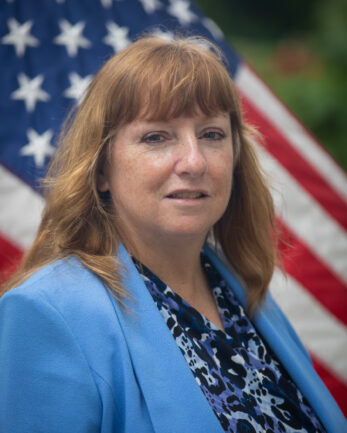 Kathleen FitzGibbon is the Deputy Chief of Mission in Nigeria.  She arrived in June 2019.  In this capacity, she assists the Ambassador in leading the U.S. Mission’s nearly 1,200 American and Nigerian employees in Abuja and Lagos to advance U.S. strategic goals in security cooperation, democracy and governance, economic growth and trade, and development and humanitarian assistance, among other areas.  She is the recipient of the State Department’s James A. Baker III Award for Outstanding Deputy Chief of Mission.

Prior to returning to Nigeria, Kathleen was the Director of the Office of Africa Analysis in the Bureau of Intelligence and Research (2016-2019) and the Division Chief for West and Southern Africa (2015-2016).  Before this tour in Washington, she spent 11 years in various assignments in Africa.  In Freetown, Sierra Leone, she was the Deputy Chief of Mission (2012-2015) and served as Charge d’Affaires, a.i. from October 2013 to October 2014.  She was a key player in the international response efforts against Ebola, for which she was named a Hero of U.S. Diplomacy.  She was the Deputy Chief of Mission in Libreville responsible for Gabon and Sao Tome and Principe.  As the Political/Economic Chief in Kampala, Uganda from 2006 to 2009, Kathleen focused on negotiations with the Lord’s Resistance Army and northern Uganda’s recovery from decades of conflict.  As the Political Officer in N’Djamena, Chad from 2004-2006, she assisted the Bureau of Refugees, Migration, and Population with managing the influx of 200,000 Darfur refugees and was a State Department negotiator at the Darfur Peace Talks in Abuja.  She served as the Political Chief in Lagos, Nigeria as the country returned to civilian rule.  Kathleen also was the Senior Reporting Officer in the Office to Monitor and Combat Trafficking in Persons covering Africa, the Middle East, and Southwest Asia.  Through this and other Washington positions, she has built expertise on human trafficking, conflict resolution, peacekeeping and bilateral military training, refugee affairs, human rights, democratic and economic reforms, commercial advocacy, and health diplomacy.