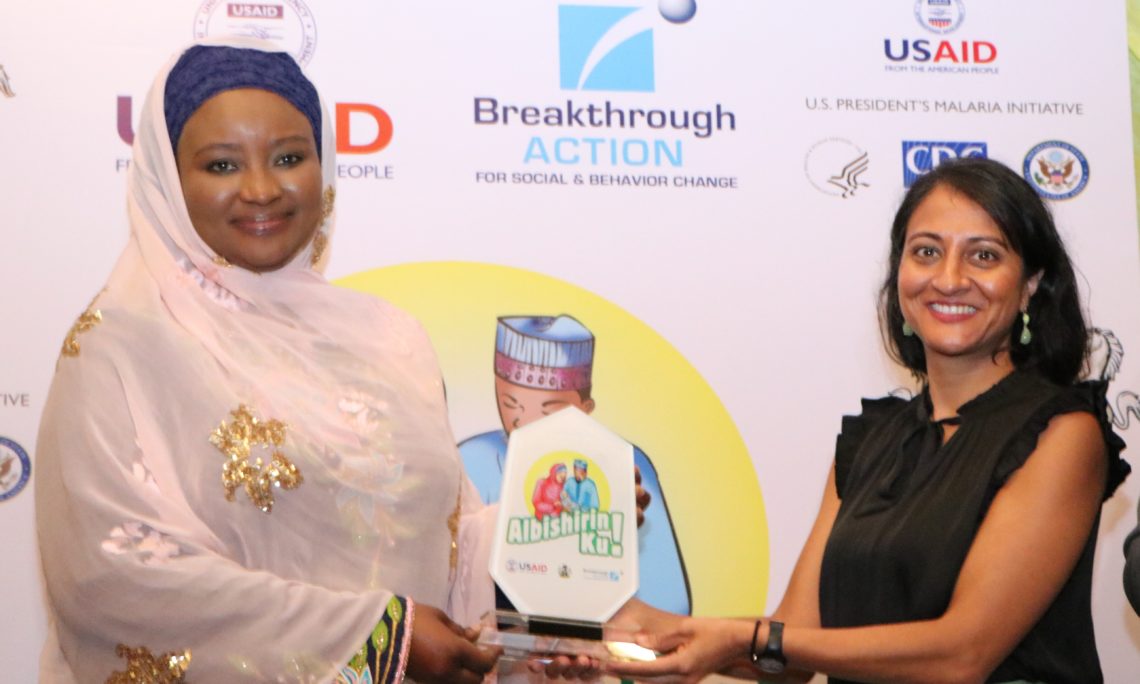 Abuja – The U.S. Agency for International Development (USAID) and the Government of Nigeria, through the Federal and state ministries of Health, has launched an innovative integrated health Social and Behavior Change (SBC) campaign that leverages the power of storytelling called Albishirin Ku! (“Good Tidings” in the Hausa language).

“Though barely out of the gate, the campaign already shows that messaging about simple behaviors – practiced at the individual, household, and community levels – can save lives and improve health through an entertaining radio program,”  USAID Acting Health Office Director Ms. Minal Amin said at the presentation.

To augment the broadcasts, community volunteers will conduct household visits and engage individuals and community groups.  Religious and traditional leaders, who have been engaged at the state and local government area levels, reinforce the media messages in their congregations and communities. Beneficiaries will have the opportunity to receive on-going reminders and cues to action via mobile phone messages if they chose to opt-in to that service.

Currently active in Bauchi, Kebbi, and Sokoto states, the Albishirin Ku! radio drama has proved wildly popular, generating over 88,000 calls to the toll-free number (3-2-1 on Airtel mobile network) to listen to episodes of the drama on mobile phone for free since broadcasting began in Bauchi on August 26.  The broadcasts began in Kebbi and Sokoto on September 15.

“The launch of Albishirin Ku!, as the name aptly implies, is the dawn of a new era which mirrors hope and symbolizes the empowerment of women and the wellbeing of the family,” said Dr. Zainab Shinkafi Bagudu, wife of the Kebbi state governor at the launch.

It is anticipated that the successful rollout of the messaging campaign in the three pilot states will result in an increased government and donor commitment to the expansion of the activity across the rest of Nigeria.