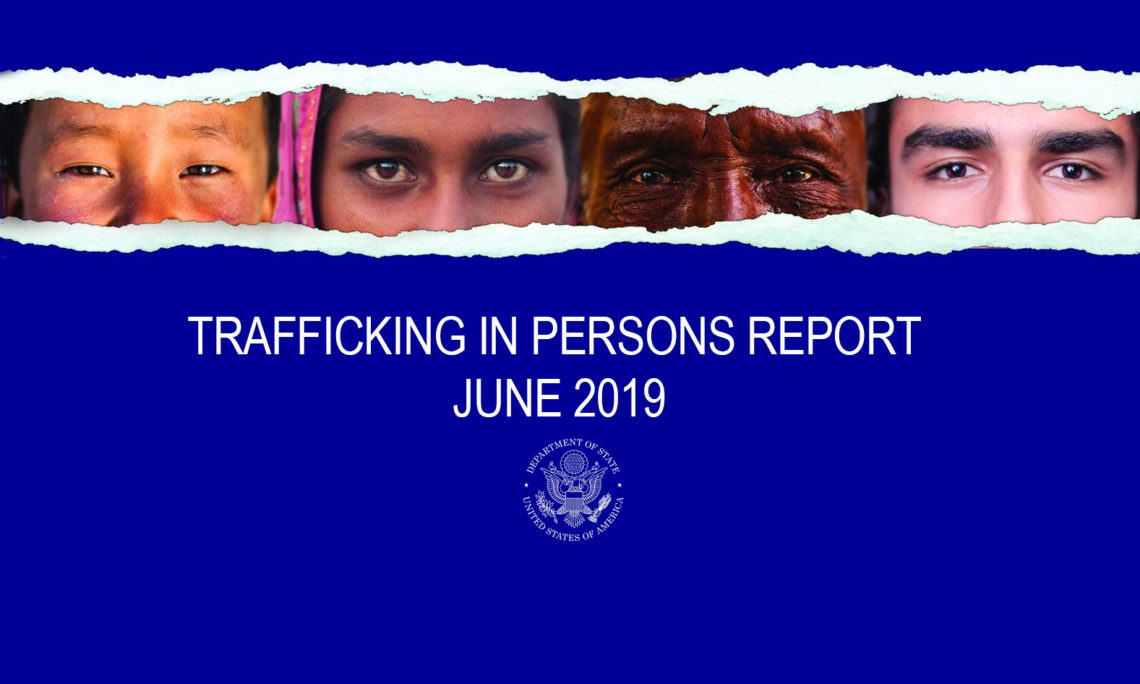 Abuja – U.S. Secretary of State Michael R. Pompeo officially released the 2019 Trafficking in Persons (TIP) Report in Washington, D.C. today.  As required by the Trafficking Victims Protection Act, the TIP Report assesses governments around the world on their efforts to combat human trafficking. The 19th annual TIP Report includes assessments of more than 180 countries and territories, including the United States.

In the 2019 TIP Report, Nigeria was upgraded to Tier 2, from Tier 2 Watch List because the government of Nigeria has made significant and increasing efforts to combat human trafficking during the reporting period.

The U.S. Mission in Nigeria encourages continued progress by the National Agency for Prevention of Trafficking in Persons (NAPTIP) and other government entities to ensure Nigeria’s return to the Tier 1 status, which it achieved in 2009.

TIP Report Background: The U.S. Congress, through its passage of the 2000 Trafficking Victims Protection Act, as amended (TVPA), requires the Secretary of State to submit an annual Report to Congress.  The goal of this Report is to stimulate action and create partnerships around the world in the fight against modern-day slavery.  The United States Government approach to combating human trafficking follows the TVPA and the standards set forth in the Protocol to Prevent, Suppress and Punish Trafficking in Persons, Especially Women and Children, supplementing the United Nations Convention against Transnational Organized Crime (commonly known as the “Palermo Protocol”).  The TVPA and the Palermo Protocol recognize that the crime of human trafficking includes obtaining or maintaining victims’ labor or services (including in the “sex industry”) through force, fraud, or coercion, whether overt or through psychological manipulation. Both the TVPA and the Palermo Protocol focus on the exploitation of the victim, and do not require that the victim be moved to be considered trafficked.

The 2019 TIP report can be read in full at the U.S. Department of State website: https://www.state.gov/reports/2019-trafficking-in-persons-report-2/nigeria/