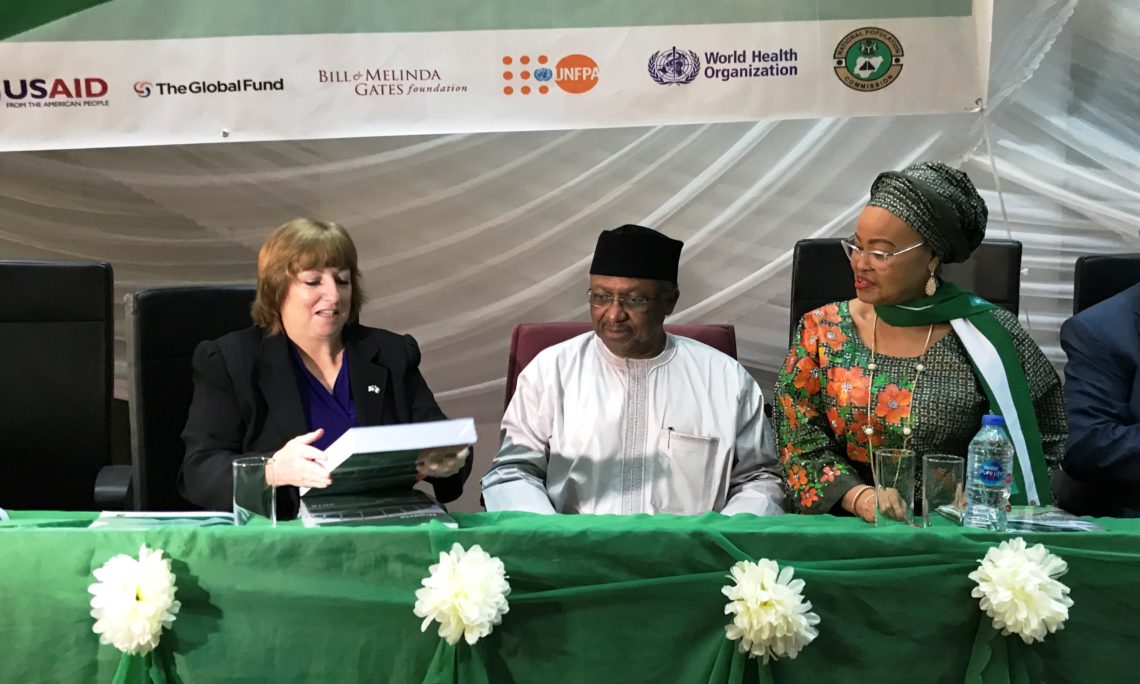 Abuja – Nigeria has made progress over the last five years in promoting the wellbeing of its citizens – such as increased levels of breastfeeding and decreased incidence of malaria – yet the newly released 2018 Nigeria Demographic and Health Survey (NDHS) shows that significant challenges remain.

The 2018 NDHS results, released today at a national seminar organized by the National Population Commission, highlight overall progress towards achieving the U.N.’s Sustainable Development Goals (SDG) yet a few critical indicators have remained unchanged since the last survey in 2013.

The United States, through the U.S. Agency for International Development (USAID), invested over $8 million of the Survey’s $13 million cost.  FitzGibbon said the U.S. has invested in the quinquennial survey because data and evidence are the cornerstones of all successful development programs – especially in health.

While indicators showing that two thirds of pregnant women received antenatal care, and 40% of deliveries were assisted by a skilled provider, remains low by international standards, the uptick testifies that government efforts – especially funding of the Basic Health Care Provision Fund – are making progress in improving access to maternal health services.

Still, one in eight Nigerian children dies prior to its fifth birthday.  The survey showed a rate of 132 deaths per 1,000 live births in the five-year reporting period. UNICEF estimates that approximately a quarter of these deaths could be prevented through routine immunization.  More than one in three children remain stunted.

Data showed improvements on both child vaccination and breastfeeding:  31% of children under two received all eight vaccines of the basic package, up from 13% in 2003, and nearly three in 10 children under six months are exclusively breastfed, up from 17% during the last Survey.  However, coverage of routine childhood vaccines remains lower than global benchmarks.

The Survey shows progress in the use of zinc supplements to treat diarrhoea, which rose to 31% from a mere two percent, while treatment was sought for two out of three children suffering the malady.

More women are accessing skilled health care for healthier pregnancies and births. Two-thirds of Nigerian women receive antenatal care from a doctor, nurse, or midwife, an increase from 57% since the first Survey.  Still, 59% of births take place at home.

61% Nigerian households own at least one insecticide-treated net to prevent malaria, and 52% of respondents said their children slept under one, significantly up from 17% in 2013. Malaria prevalence declined from 42% in 2010 to 23% among children under five; suggesting government programs –managed in adherence with international treatment guidelines – are helping make Nigeria’s children and families stronger and healthier.

Barrister Abimbola Salu Hundeyin, Chairman of the National Population Commission, said the Survey’s representative results of key health indicators show that Nigeria is making progress towards achieving the SDGs.  “The Government of Nigeria together with our development partners will use these findings to guide policy and programmatic decisions to ensure healthy lives for all Nigerians,” Ms. Hundeyin said.

Nearly 42,000 people were interviewed for the Survey implemented by the National Population Commission in collaboration with the National Malaria Elimination Programme of the Federal Ministry of Health, Nigeria.