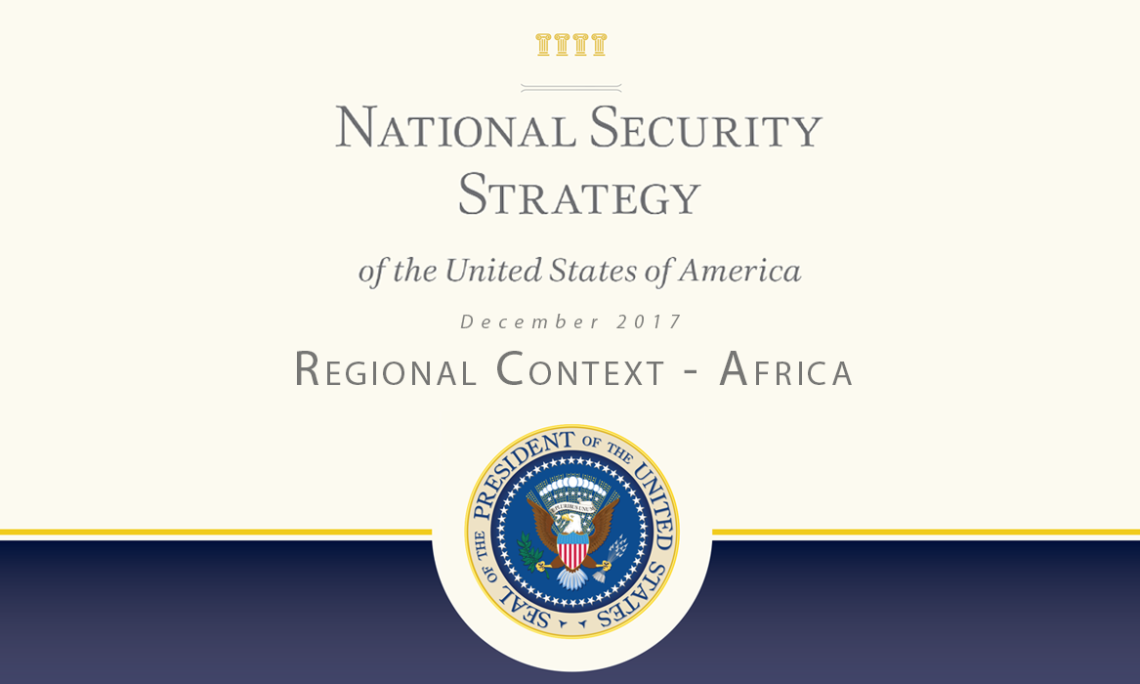 Africa remains a continent of promise and enduring challenges. Africa contains many of the world’s fastest growing economies, which represent potential new markets for U.S. goods and services. Aspiring partners across the continent are eager to build market-based economies and enhance stability. ­ ­ The demand for quality American exports is high and will likely grow as Africa’s population and prosperity increase. People across the continent are demanding government accountability and less corruption, and are opposing autocratic trends. ­ The number of stable African nations has grown since the independence era as numerous countries have emerged from devastating conflicts and undergone democratic transitions.

Despite this progress, many states face political turbulence and instability that spills into other regions. Corruption and weak governance threaten to undermine the political benefits that should emerge from new economic opportunities. Many African states are battlegrounds for violent extremism and jihadist terrorists. ISIS, al-Qa’ida, and their affiliates operate on the continent and have increased the lethality of their attacks, expanded into new areas, and targeted U.S. citizens and interests. African nations and regional organizations have demonstrated a commitment to confront the threat from jihadist terrorist organizations, but their security capabilities remain weak.

China is expanding its economic and military presence in Africa, growing from a small investor in the continent two decades ago into Africa’s largest trading partner today. Some Chinese practices undermine Africa’s long-term development by corrupting elites, dominating extractive industries, and locking countries into unsustainable and opaque debts and commitments.

The United States seeks sovereign African states that are integrated into the world economy, able to provide for their citizens’ needs, and capable of managing threats to peace and security. Improved governance in these states supports economic development and opportunities, diminishes the attraction of illegal migration, and reduces vulnerability to extremists, thereby reducing instability.

POLITICAL: The United States will partner with governments, civil society, and regional organizations to end long-running, violent conflicts. We will encourage reform, working with promising nations to promote effective governance, improve the rule of law, and develop institutions accountable and responsive to citizens.

We will continue to respond to humanitarian needs while also working with committed governments and regional organizations to address the root causes of human suffering. If necessary, we are prepared to sanction government officials and institutions that prey on their citizens and commit atrocities. When there is no alternative, we will suspend aid rather than see it exploited by corrupt elites.

ECONOMIC: We will expand trade and commercial ties to create jobs and build wealth for Americans and Africans. We will work with reform-oriented governments to help establish conditions that can transform them into trading partners and improve their business environment. We will support economic integration among African states. We will work with nations that seek to move beyond assistance to partnerships that promote prosperity. We will offer American goods and services, both because it is profitable for us and because it serves as an alternative to China’s often extractive economic footprint on the continent.

MILITARY AND SECURITY: We will continue to work with partners to improve the ability of their security services to counter terrorism, human trafficking, and the illegal trade in arms and natural resources. We will work with partners to defeat terrorist organizations and others who threaten U.S. citizens and the homeland.