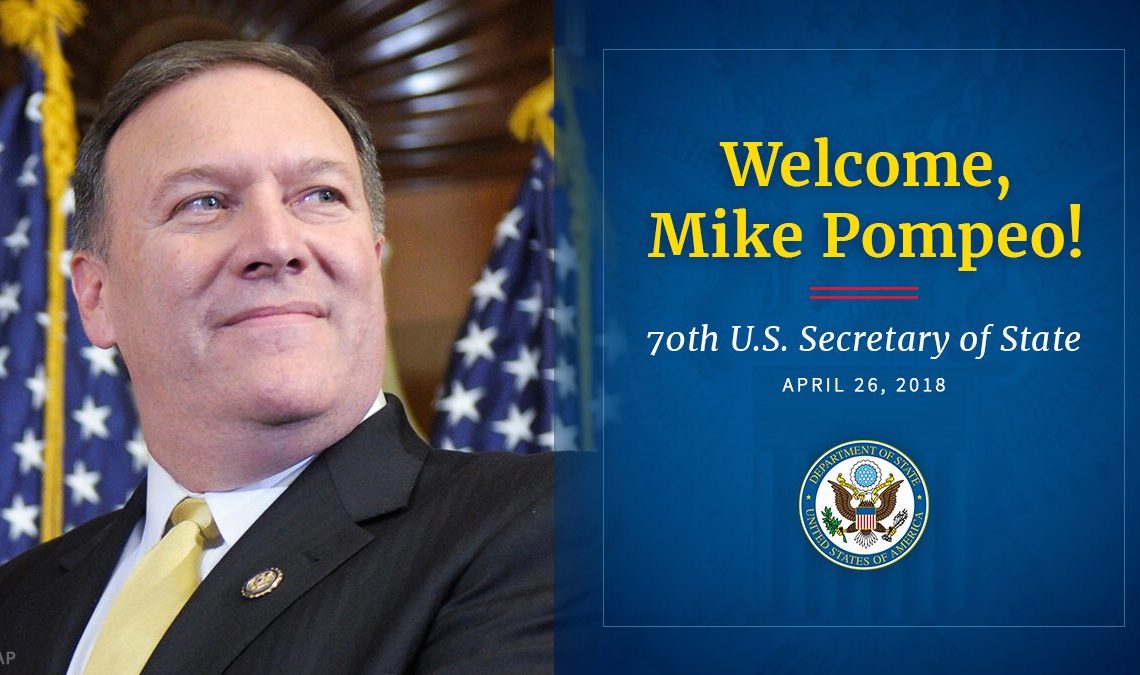 Few Americans possess a resume as varied as that of Mike Pompeo: first in his class at West Point, an editor of the Harvard Law Review, entrepreneur, congressman and Director of the Central Intelligence Agency.

Add a new line to that resume: America’s chief diplomat.

Pompeo, 54, was sworn in 26 April 2018 as the 70th secretary of state in a line that stretches back to Thomas Jefferson. The Senate confirmed Pompeo 57–42 to succeed Rex Tillerson.

The former congressman from Wichita, Kansas, was already a trusted adviser to President Trump as Director of the CIA, personally delivering the president’s daily intelligence briefings in the Oval Office.

He takes the helm of the State Department as a number of issues demand attention on the world stage, from North Korea to Iran, to Syria to Russia and China.
…
Pompeo called himself a “blue collar” leader who prefers face-to-face conversations over email and never stays “sequestered on the executive floor of any building.”

The State Department will “model the very best of America to the world” and seek to achieve “the President’s foreign policy goals with unrelenting diplomacy rather than by sending young men and women to war,” he pledged.

Read the full story at ShareAmerica.Gov.