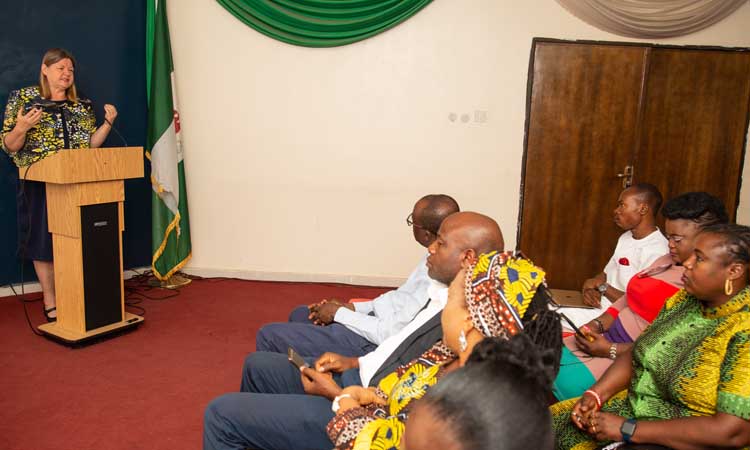 It is a pleasure to be here this morning to welcome you to the 2022 commemoration of the World Press Freedom Day in partnership with the Abuja Chapter of the Nigerian Union of Journalists.  We appreciate your partnership in gathering committed professionals to openly and honestly examine the state of media freedom here today.

Every year the U.S. Embassy organizes activities to commemorate the internationally recognized World Press Freedom Day – on May.  The United States attaches great value to the freedom of the press as an integral part of democratic governance. From our founding fathers recognizing and creating the fundamental right to freedom of expression over 200 years ago to President Biden hosting the Summit for Democracy this past December, noting, “Democracy — government of the people, by the people, for the people — can at times be fragile, but it also is inherently resilient.  It’s capable of self-correction and it’s capable of self-improvement. . . .     Democracies are not all the same.  We don’t agree on everything but the declared choices of democratic nations will define of our shared future for generations to come. – I note this was before anyone ever imagined we would bear witness to the unprovoked attack on the Ukraine.

The alarms are real. As Secretary of State Anthony Blinken shared with the Media Freedom  Coalition, “From 2016 – 2021 approximately 85% of the global population saw press freedom decline in their country.” Forums like these are important to share real life examples about realities of journalism.  Just this year, In the United States we had a former vice presidential candidate sued the NY Times for defamation. And just this week, a Seattle Times editor called for  adoption of tax credits to save newsroom jobs in the next Congressional budget reconciliation package claiming the Local Journalism Sustainability Act currently has bi-partisan support.  These are prime examples of how we can learn from each other with thoughtful examination.

We know sustainability is a key issue here in Nigeria, particularly for  journalists who work tirelessly day in and day out without regular remuneration. Ambassador Leonard raised this vital issue at the Democracy Town Hall we co-hosted with the Nigerian Guild of Editors in Abuja.  As we look forward to the 2023 elections, we must recognize the essential role of the media in Nigeria today. We’ve underscored this reality in five of the six regions of the country over the past five months, and combined these discussions with editorial workshops.

This year’s theme “Journalism under digital siege” is borne out of concern for how technology is now being used to track and spy on journalists and the negative impact this would have for the safety of journalists and protection of their sources.  According to UNESCO “growing sophistication and undetectability of mal- and spyware and their increasing use against journalists and human rights defenders by state and non-state actors, endanger free and independent journalism.”  Although the use of technology has greatly aided the work of the journalist it is now associated with increased risk for surveillance and harassment.

We are pleased to have with us today Yusuf Ali, Managing Editor, Northern Operations of The Nation Newspapers.  In addition, my colleague at the Embassy and the New Media Specialist Joseph Adah will share with you a session that will provide resources to enable you to best protect your work product on-line, to keep your sources safe, and to keep safety and security on the top of your daily agenda.

Our final presenter will be Fidelis Mbah of Al Jazeera who will address the Significance Of Press Freedom In Promoting Democracy.  I thank each of our presenters today, and look forward to a robust and fruitful discussion.  Thank you.