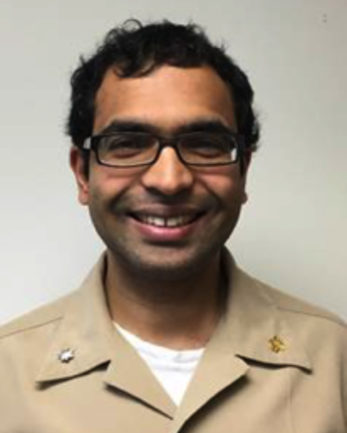 Mahesh Swaminathan, MD, assumed his role as CDC-Nigeria’s Country Director in January 2017. Previously, he served as Team Lead, Clinical Surveillance Team, Epidemiology, and Surveillance Branch (ESB), Division of Global HIV and Tuberculosis (DGHT) in CDC’s Center for Global Health since December 2014. In that position he oversaw the development of DGHT strategies and guidance for implementing HIV case-based and PMTCT-based systems in PEPFAR supported countries. During this time he was also deployed to Sierra Leone as part of the CDC Ebola Response, where he led the in-country response to an outbreak of Ebola among American and Sierra Leonean healthcare workers working in an Ebola treatment unit. Before this, he served as a medical officer in ESB since 2012, where his worked focused on building and strengthening HIV surveillance systems in PEPFAR-supported countries. From 2010-2012 he served as an EIS Officer with DGHT, where he worked to strengthen HIV and TB surveillance systems and activities in PEPFAR supported countries.

Dr. Swaminathan graduated from the University of Pennsylvania with a BS in Biomedical Engineering in 1999 and from Sidney Kimmel Medical College in 2003. He completed training in Internal Medicine at Mount Sinai Hospital in New York 2006 and an Infectious Disease fellowship At Mount Sinai Hospital in 2010. During his fellowship, Dr. Swaminathan’s research focused on the epidemiology of carbapenem-resistant Enterobacteriaceae (CRE), where his worked demonstrated that critical illness, CRE colonization pressure, and antimicrobial exposure were important risk factors for CRE acquisition. Between residency and fellowship, Dr. Swaminathan worked with Médecins Sans Frontières as a physician in the former Soviet Republic of Georgia, where he provided and supervised medical care to a patient infected with multi-drug resistant and extremely drug resistant tuberculosis.

CDC-Nigeria supports the National health response in the application of health promotion, disease prevention, and control measures to improve the health of people in Nigeria through technical expertise, effective local