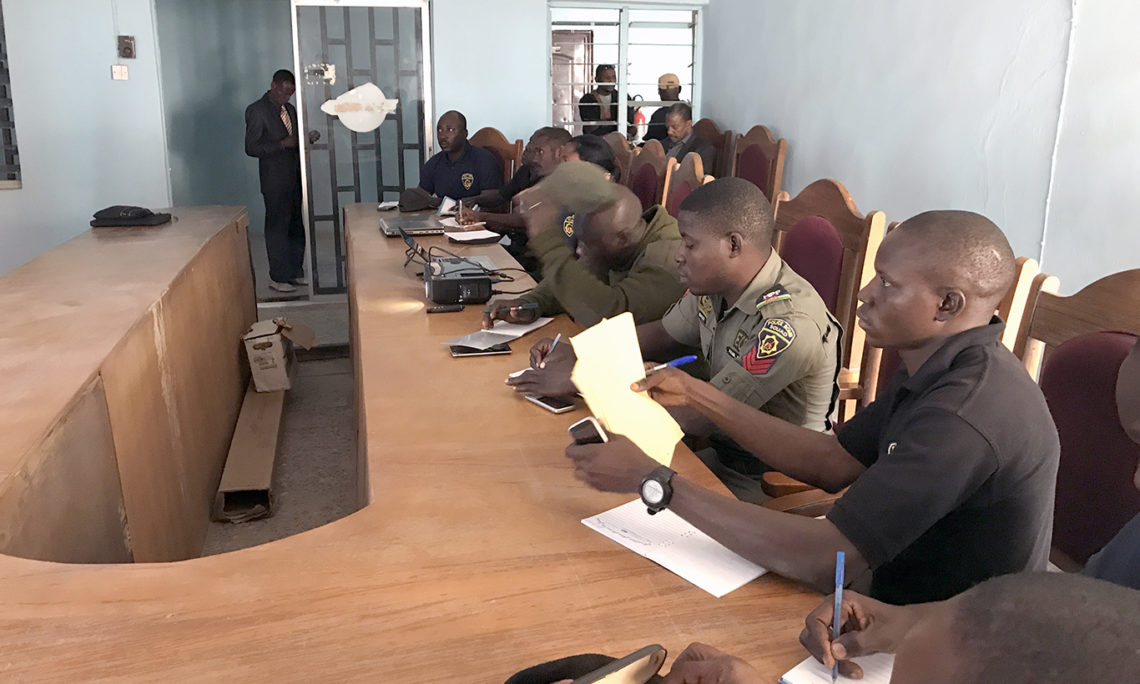 The U.S. Embassy in Nigeria and the NPF Borno Anti-Bomb Squad are working together for a secure future. On February 1, the U.S. Embassy through its office of the Legal Attache attended a workshop with the Borno State EOD Squad. They shared information focused on the priorities of protecting the public, protecting the EOD members at work, and gathering evidence from a bomb scene. Mr. David Singband, an FBI Special Agent Bomb Technician (SABT) was present.

EOD Squad members had a range of experience from one to ten years, but all expressed appreciation for the chance to share their knowledge and discuss IED indicators and bomb-scene management and processing with an outside expert. Everyone agreed that the initial arrival at a bomb scene was always a tense moment, but understanding that distance was the greatest factor in saving lives in an explosion it was important to first secure the area and prevent further injury by keeping civilians away from the scene. All were reminded that securing the area also means identifying any potential secondary explosives or other hazards that may harm the EOD team or other first responders.

SABT Singband emphasized that gathering intelligence at each bomb scene plays a role in preventing future attacks. The “intelligence based approach” has reduced bomb attacks in other countries by as much as 50%. Using the evidence gathered at the scene helps investigators piece together how the bomb was made, how it was deployed, and adds to a fund of knowledge that can help identify the maker and the location in which the bomb was made. This gives vital information to the police and military who can then target and disrupt bomb making facilities.

The Borno Anti-Bomb Squad expressed appreciation for the opportunity to share their experiences, and for the concrete reminder that U.S. policy in Nigeria is based on saving lives.