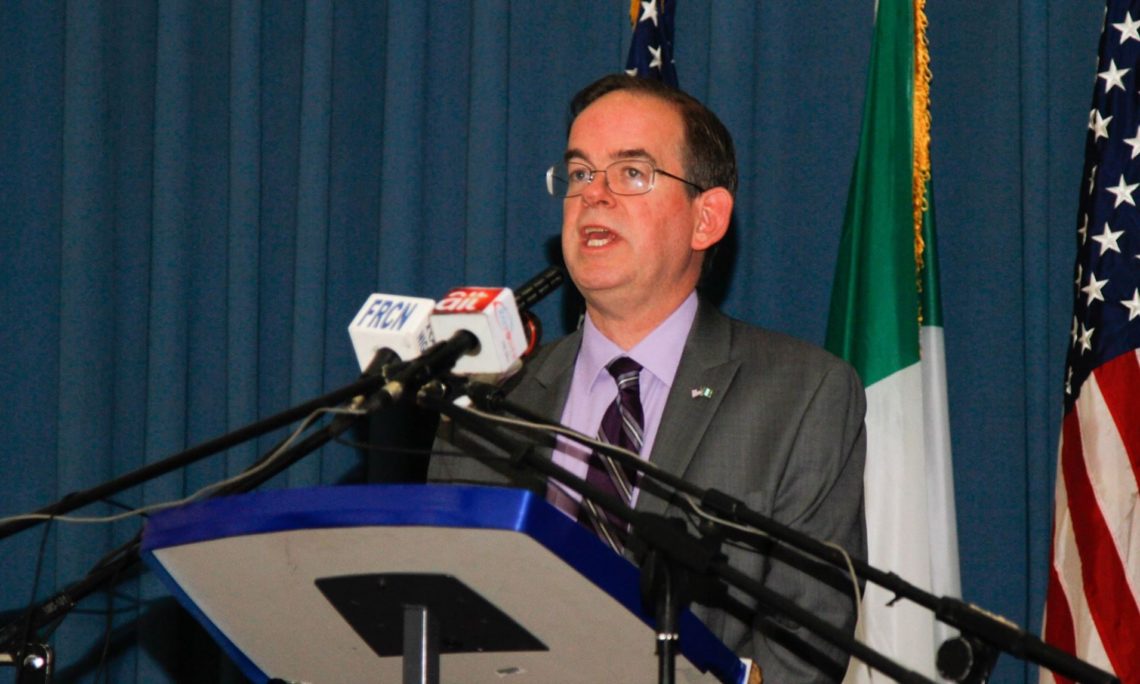 Officials of the Nigerian Government
Members of the diplomatic community
Representatives of civil society
Alumni of U.S. exchange programs
Members of the press

It is my pleasure to welcome you to what I am sure will be a great night.  In the U.S., millions of my fellow citizens are performing one of the most important rituals in a democratic society.  They are exercising the right to select who will lead them. Every American, whether he or she be a carpenter or a school teacher, a policeman, or shopkeeper, each individual possesses the same power, the ability to cast a single vote, and thereby help determine the future course of our country.  For Americans, it is a right that we hold dear, for in many ways, our country’s founders believed that this particular right … the ability to freely determine your political destiny was worthy of a very fundamental choice between liberty or death. The desire to freely determine who will lead us and how we will be led has also served to motivate the uniquely American quest to continually perfect our democracy into a more perfect union. We believe that only through the process of continually reexamining whether we are staying true to our Declaration of Independence, have we been compelled to ensure that all members of the American family, women and minority groups, all religions, all ethnicities, will share the same rights, the same benefits of being an American.

We all know that there are parts of our world where freedom of speech, freedom of religion, the right to a fair trial, the right to peaceably assemble, the right to a free press cannot be taken for granted. Americans believe that these fundamental rights are to be treasured and protected, and we do that by taking advantage of this most basic right, the right to cast our individual votes for the leader of our country every four years.

It is also worth noting that democracy can be a very, very difficult enterprise as anyone who has followed the twists and turns of a political campaign, be it in the United States, the United Kingdom, or Nigeria, is sure to recognize.  As Winston Churchill famously said, “Democracy is the worst form of government, except for all the others.”  And as you follow the heated rhetoric, charges and counter-charges of a campaign, it is wise to keep the words of this statesman in mind.  We forget from time to time that Americans should be proud that its system of checks and balances, individual liberties, and respect for constitutional government has actually proven to be durable and an inspiration for people around the world.  The American system is not perfect, no system of government will ever be perfect, but that does not stop us from trying to make our system live up to its fullest promise.  This desire motivated Americans to wage a Civil Rights revolution because it was clear that we were not fulfilling our promise to a large segment of our population and to some degree it continues to animate some of the issues and concerns that were so prominent this year.

As we conclude this particular political season and select someone to take us forward in our quest for a more prosperous and just society in a more prosperous and just world, it will be important for Americans and people of goodwill around the world to remember that we must work hand in hand, shoulder to shoulder to address the problems that confront us all, from climate change to terrorism to poverty, if we are to effectively address them.

I know for many Nigerians, and other people around the world, you are following the twists and turns of the U.S. Presidential campaign as closely as many American political junkies.  Some of you may be more familiar with our Electoral College than some Americans.  For those who may not be, please remember that there are 538 electoral votes up for grabs tonight and 270 are necessary to become the next President. Note that the allocation of electoral votes among the states is based on the population of those states.  Therefore, California, our most populous state, has 55 electoral votes while North Dakota or Vermont only has 3. You see I am a proud political nerd.  I love this stuff!  With that in mind, let me offer you a tip to the eventual outcome of tonight’s contest.  I recommend that you pay particular attention to the results in a few key battleground states as the night progresses.  Returns should start to come in around 1 am tonight and continue until approximately 5 am.  As they come in, I believe you should note who wins these key eastern states: New Hampshire, North Carolina, Pennsylvania, and Florida.  As the night progresses, and the western returns start to come in, you will want to watch Nevada and Colorado.  I think it is safe to say that these results will determine who will be the 45th President of the United States.

I thank all of you for coming out to night and sharing this important night with the U.S. Embassy.  Please stay all night and enjoy yourselves as we watch the election returns and wait for the final outcome to a memorable political year.

Thank you very much.