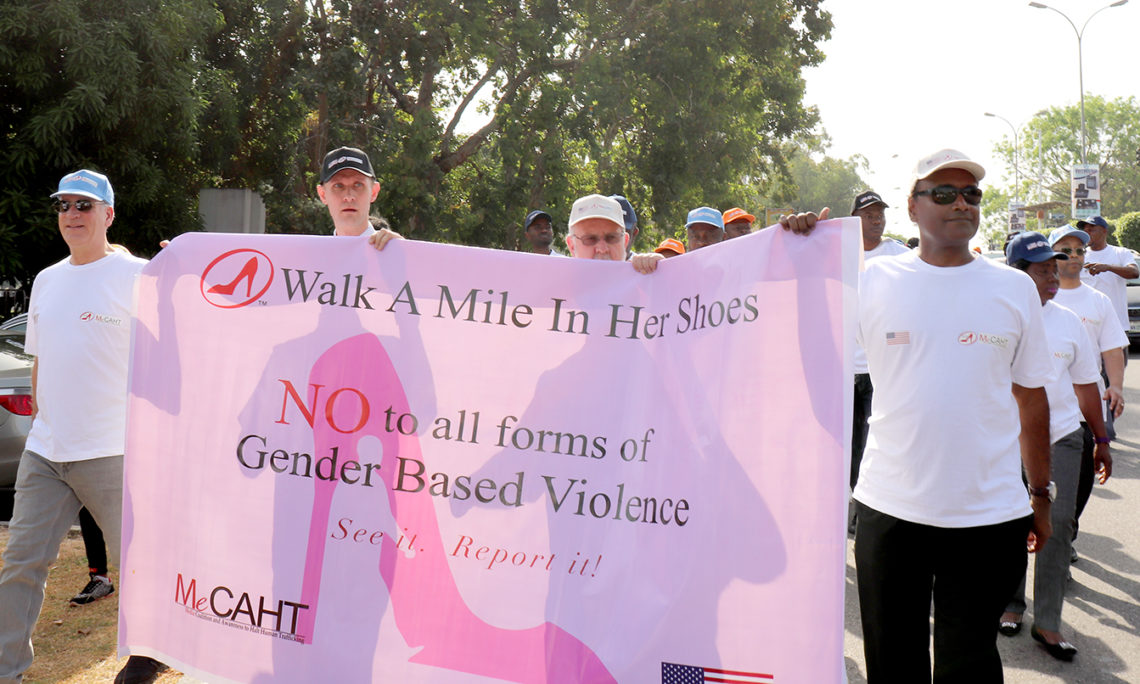 In December 1999, the United Nations General Assembly adopted a resolution (54/134), proclaiming November 25 as the International Day for the Elimination of Violence against Women.

Today, I stand before you because I want to reaffirm the enduring U.S. commitment to preventing and responding to gender-based violence (GBV) globally.

Such violence not only has health consequences that keep women from work, but it can also result in emotional or other physical trauma that renders women less likely to go to work.

We as a society need to raise awareness of the far-reaching consequences of ignoring the danger GBV poses to families, communities, and societies.  Promoting a safe enabling environment for women, both at home and in the world of work, is a human rights imperative that could help close the gender gap in labor markets.

Some will make the argument that GBV is a pervasive barrier to women’s empowerment and economic growth – and it is correct. Some will say that closing the gender gap at work will influence a higher GDP growth and they will be correct. But I say that GBV cannot be tolerated because it is a dreadful violation of human rights and no women, child or young person should have to live in fear.

Coordinated effort needed to curb this menace. The USG has funded many initiatives to combat violence, especially in the intimate partner space, in secondary schools or at some workplaces, where sexual harassment and sexual violence is present. Once such intervention is the USG’s funding of seven (7) Sexual Assault Referral Centers (SARCs) in seven states (Jigawa, Kano, Kaduna, Niger, Lagos, Enugu and Akwa Ibom) with the possibility of adding three (3) more. This work focuses mainly on providing first line medical and psychosocial support, whilst creating linkages to other services so that a holistic service delivery system is available to survivors.

I call on you to stand beside those who are living in untenable conditions, whether they are being abused in their intimate partner relations, or are preyed on at work or are harassed in school. I call on you to make more investments in this sector, to sustain the work done by existing SARCs, create new ones, and expand the scope of available services and linkages to survivors, especially for legal prosecution.

We stand in partnership to help in any way we can. It’s time that we stand up in defense of the helpless and the vulnerable.