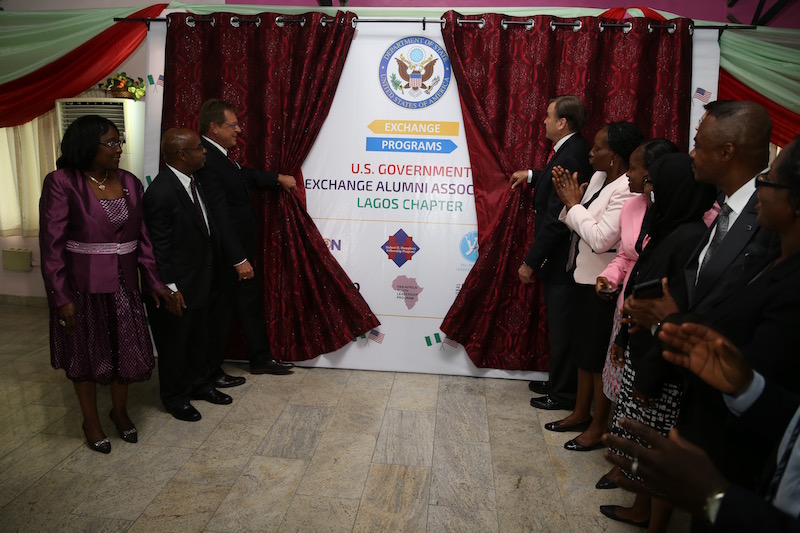 In his dialogue with the audience of 160 alumni of Lagos State, Ambassador Symington said “Will you change the world together? I’m betting on you. This is a profound investment by the people of my country in the people of your country.” The ambassador also announced Mission plans to award a $10,000 public diplomacy grant to the Lagos Chapter for mentoring activities for members of the YALI Network. “It’s a very small amount of money” that would nonetheless go far “in the rich soil of this country.”

At the end of the ceremony, Ambassador Symington and Consul General Bray unveiled a banner announcing the new chapter, which is organized and led by a mix of alumni from all programs. Lagos State and Osun State are among the first alumni groups to have launched new chapters in Nigeria.