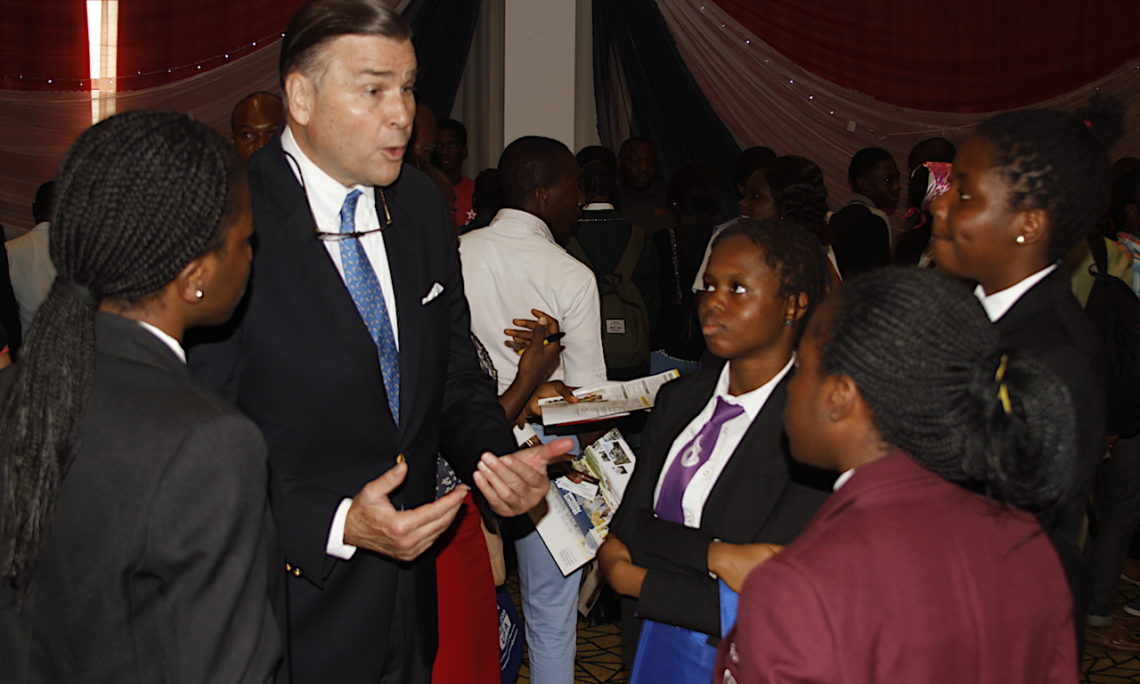 Lagos–– The EducationUSA Advising Centre in collaboration with the Foreign Commercial Service of the U.S. Diplomatic Mission to Nigeria on Wednesday concluded a two-day College and Career Fair in Lagos for prospective undergraduate and graduate students. The Fair held on Tuesday, September 26 and Wednesday, September 27 in Victoria Island and Ikeja respectively.

At the annual event which recorded a large turnout of students, their parents and guardians, admissions officers from 25 American colleges and universities, including The George Washington University, Drexel University, University of Wisconsin, Western Kentucky University, among others, shared information about their institutions and opportunities available to participants.

“This year the number of international students in the United States climbed to over 1 million globally. More than 10,000 of these students are from Nigeria.  That is more than the year before but there could be more. I am pleased to see so many students, parents, teachers, and administrators here today.

“Your interest in studying in the United States is an example of strong U.S. – Nigerian ties. People–to–people exchanges –– and there are many between Nigeria and the United States–– are an important component of strengthening our bilateral relations,” Consul General F. John Bray said.

EducationUSA advisers and alumni of U.S. universities joined the visiting admissions officers in offering guidance to the participants on the American college admissions process, standardized testing, and scholarship opportunities. In addition to student consultations, sessions on student visa applications and international financial aid were also held.

The EducationUSA Advising Center at the U.S. Consulate General Lagos provides information to residents of Nigeria interested in tertiary study in the United States, and works closely with students who have the requisite academic qualifications.